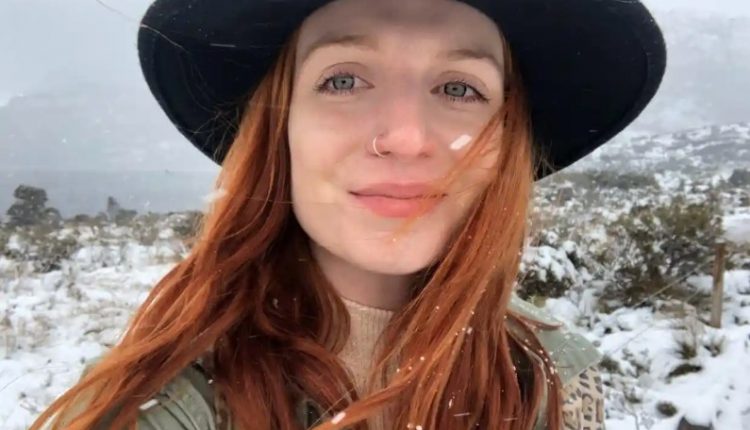 Asking a woman whether she’s had an abortion has not historically been a prerequisite for entry into the United States, but the US Customs and Border Patrol at Los Angeles airport told 32-year-old Australian Madolline Gourley that it was part of its “policy”.

She now wants the Department of Foreign Affairs and Trade (DFAT) to update its travel advice for women of childbearing age heading to the US.

“The level of safety travelling to the US should be updated to reflect the current political climate,” she told Crikey. “For the most part it’s safe, but female travellers should be informed that if they are taken aside they can be asked some pretty confronting and inappropriate questions.

“I feel a lot of females probably wouldn’t take too well to being asked what I was.”

In June, Gourley was detained at LAX for failing to provide correct travel documentation to go and cat-sit in Canada. She was eventually declined entry to the US and deported.

But as part of “routine questioning”, she was asked whether she was pregnant or had recently had an abortion. This happened on June 30, days after Roe v Wade was overturned in the US.

In a follow-up phone call, a border patrol officer maintained that these questions were all above board, referencing a policy statement on the required course of action for “pregnant, postpartum, nursing individuals, and infants in custody”.

While “loss of pregnancy” including “stillbirths” and “miscarriages” is mentioned, there is no reference to “abortion” or “termination of pregnancy”.

The border patrol’s business-as-usual line on abortion is also at odds with its “initial health interview” for “aliens” arriving in the US. There is a yes-no question on pregnancy but nothing on abortion.

Gourley said a heads-up from DFAT wouldn’t necessarily change her mind on travel to or through the US, but “women should be told” that reproductive cross-examination is on the table: “They should put a warning up and people can make up their own mind.”

CEO of Gender Equity Victoria Tanja Kovac said it is a woman’s right to know these things: “I think we are going to need to think about providing insights to Australian travellers that there is a form of Gilead emerging in the US. If we continue to see situations like this at the US border — this may be a one-off — where women risk being detained or deported, people certainly have a right to know.”

A representative from the National Foundation for Australian Women said it is important to acknowledge that abortion laws in the US do not just affect Americans: “The regression of human rights — which this is — has some serious consequences. It’s beholden on other governments to think seriously about what it means for their nationals.”

The new approach to US border security also raises concerns for women carrying contraception, given the regular pill can double as an emergency plan B “morning after pill” if taken in excess.

Gourley decided not to reveal she had the pill with her when officers asked her what medication she was on. “It weighed on my mind,” she said. “It was in my backpack which was kept separate from me. They didn’t go through my things, but they could have.”

DFAT did not respond to questions on whether travel advice should include US border force questioning and possession of prescription drugs relating to abortion, but said that Smartraveller was regularly “reviewed and updated”.

“We keep all travel advisories under close review. If there are significant changes to the risks Australians may face overseas, the Department of Foreign Affairs and Trade changes the travel advice on the Smartraveller website.”

Gourley also wants the pet-sitting app that first got her in trouble at the US border (before she landed in abortion territory) to update its travel advice on working obligations and visa requirements.

“I was essentially sent home for breaching the visa waiver program,” she said. “I was told by US customs officials that even though house and pet-sitting is unpaid, it’s still employment. That’s why I was deported. But the app won’t update their advice.

“Why should all their 120,000-odd paying members be kept in the dark about the risk of being deported?”

Just like cigarettes, medication and alcohol where “the warning is on the very front”, Gourley wants the company to put up an alert “where everyone can see it”.

“Let people make their own minds up,” she said.

In an email exchange between Gourley and TrustedHousesitters (seen by Crikey), TrustedHousesitters likened the incident to a “divorce situation” and questioned why an “animal lover” would “purposely target a charity when the relationship we have with them is ONLY about helping them help animals”.

Gourley claimed the company had a “duty of care” to paying members to “inform them of the risks associated with using your service”.

“On a personal level, I’ve had my ESTA cancelled, a big ‘entry refused’ stamp stamped on the back of my passport, and I lost about $4000 [Australian dollars] in flights and other expenses,” she wrote.

Gourley also left a public one-star review, calling on the company to up its game on travel advice and cease telling members it’s “fine to travel on a tourist visa because TrustedHousesitters ‘don’t regard house sitting as work’ ”.

TrustedHousesitters responded that the isolated incident came down to an “administrative error” and US immigration officials “misunderstanding of the concept of house sitting”. It maintained that it offered appropriate travel advice.

Last year, TrustedHousesitters secured a $15.3 million grant to expand its services in the US.

Inquiry to examine how to lift barriers to abortion, streamline national laws