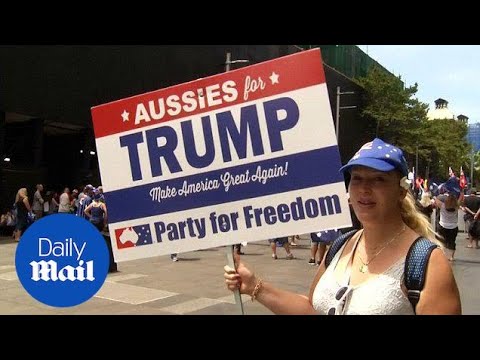 The federal court for the Eastern District of New York issued the stay Saturday evening after only two of 12 refugees held at JFK airport were released. The ACLU had filed a petition on their behalf, but the stay is effective nationwide, meaning none of the travelers held at airports across the nation can be sent back. A crowd of protesters gathered on Brooklyn’s Cadman Plaza Saturday night, in front of the court that issued the stay. Earlier on Saturday, Donald Trump defended his new immigration bans, which prompted outrage as migrants were barred from entering the United States – including families of refugees, legal permanent residents and Ivy League students. He maintained that the ban was ‘working very nicely’ while chaos broke out in airports as migrants were stopped and some non-American citizens realized they were now barred from the country where they were studying or had lived, perhaps for years. Reports of dozens of people being stopped from entering the US or booted off airplanes have been pouring in. Protesters rallied throughout Saturday at New York City’s JFK airport, where 12 refugees were detained. Demonstrators also gathered around the country, including in San Francisco, Chicago and Minneapolis, to speak out against the ban.

Pride of the Passport