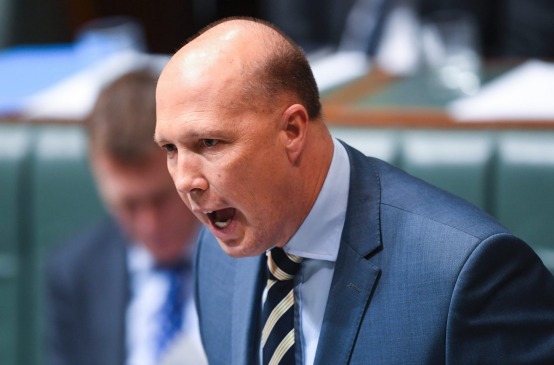 The federal government is under pressure to explain why Peter Dutton’s super department ended a $17.6 million project with consultants Accenture a year early due to unsatisfactory performance.

On Wednesday, The Australia Financial Review reported the newly formed Department of Home Affairs ended the two-year project a year early because it “had not been satisfied with the performance” of the firm.

The decision was included in a critical Australian National Audit Office report as part of a review into the merger of the Department of Immigration and Border Protection and Australian Customs and the creation of Border Force.

The report criticised Home Affairs’ use of consultants, finding the department only bothered to evaluate the efficacy of two out of 33 consultancy contracts worth more than $80 million it signed during the merger period.

The lack of oversight, despite a specific requirement to check if consultants make good on their promises, meant Auditor-General Grant Hehir was unable to assess whether the consulting contracts represented value for taxpayers’ money.

Accenture this week denied the contract to provide expert guidance during the departmental integration was ended early due to performance, while a departmental spokeswoman said the services required “were delivered prior to termination”.

One of the contracts reviewed was with Accenture for providing “management advisory services” for the “portfolio reform task force”. The firm assisted with work that included business model design, financial modelling, integration planning and tracking, and culture change advice.

The contract was meant to run from August 2014 to August 2016 and is recorded as being worth $17.6 in the AusTender government database

In a statement, the pair questioned why the department would pay $17.1 million in the first year of a two-year contract if it was so dissatisfied.

“This confirms that the Turnbull government’s priorities are so out of touch, they are happy to throw away taxpayer dollars without considering where that money might be better spent. All at a time when the government has amassed a record debt.

“If Mr Dutton can’t keep track of his pennies or keep an eye on organisations his department’s employ, how can he be trusted with unprecedented powers over Australia’s domestic security agencies?”

Mr Dutton did not respond to requests for comment on Wednesday.

Labor hasn’t said if it will split the department, created in December 2017, if Bill Shorten wins the next election.

Mr Neumann said last week no decision had been made.

“We’ll make that decision closer to the election, and Bill Shorten will announce it in relation to this matter,” he said.

The audit was published amid increased scrutiny of government outsourcing to consulting firms and labour hire companies – part of an inquiry launched by Parliament’s Joint Committee of Public Accounts and Audit after more than of 64,000 contract notices published on the government’s AusTender, worth $47.4 billion, were considered in a review.