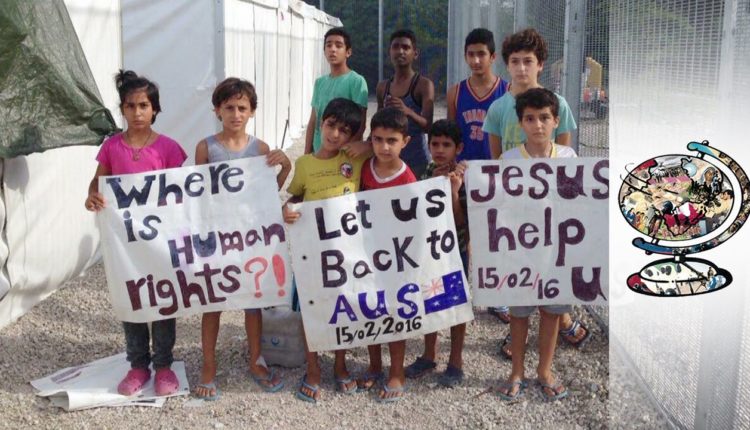 For similar stories, see:
After Seeking Asylum In England, This Man Was Brutally Tortured

For downloads and more information visit:

They’ve crossed mountains and oceans, fled war and narrowly escaped death – all to seek refuge in Australia. But for the children of Nauru, held captive on an island prison, any hope of a future is fading.

As a signatory to the UN Refugee convention, Australia is obliged to process asylum seekers and grant refugee status to those in need. Yet hundreds of refugees are being held in appalling conditions on off-shore processing centres. Hasti has spent three years in limbo on the remote Pacific island of Nauru after fleeing Iran. Unable to return home and barred from entering Australia, the future of such children is bleak. “Nauru is like a prison, we are living behind fences”, Hasti says. Condemned by the government to a life behind bars, these young victims of circumstance are now reaching out to the world on social media. Mizba Ahmed, 13, expresses the hope of their ill-fated generation: “I want to have education and freedom, like every other child”.

Journeyman Pictures is your independent source for the world’s most powerful films, exploring the burning issues of today. We represent stories from the world’s top producers, with brand new content coming in all the time. On our channel you’ll find outstanding and controversial journalism covering any global subject you can imagine wanting to know about.

How to Renew UK Passport Overseas

What can go wrong with Overseas Dentistry?