More than half-a-million immigrants moved to Australia in the last year – setting a new record.

New figures from the Australian Bureau of Statistics showed 539,000 immigrants moved to Australia in the 2016-17 financial year, an all-time high.

Three-quarters of immigrants are moving to Sydney and Melbourne. 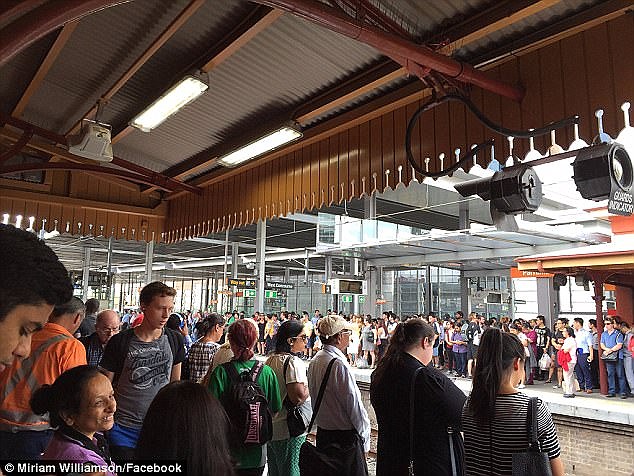 The revelation came a week before the Australian population was set to surpass the 25 million milestone, 22 years earlier than predicted in the federal government’s first inter-generational report of 2002.

The net immigration figure of 262,489 was slightly below a record set in 2009 and came before Immigration Minister Peter Dutton this year announced a small 20,000 cut to the migration rate.

Of the net arrivals, 39.8 per cent moved to New South Wales while another 34.3 per cent of them moved to Victoria.

With very few migrants moving to regional areas, that meant 74 per cent of them moved to Sydney and Melbourne, which were already congested.

The ABS’s director of migration statistics Myles Burleigh said the total number of immigrants of 539,000 was a record high, before people moving out of Australia was factored in.

The numbers going to the two biggest states was significantly higher than the 35,199, or 13.4 per cent, going to Queensland and 13,384, or 5.1 per cent, moving to Western Australia. 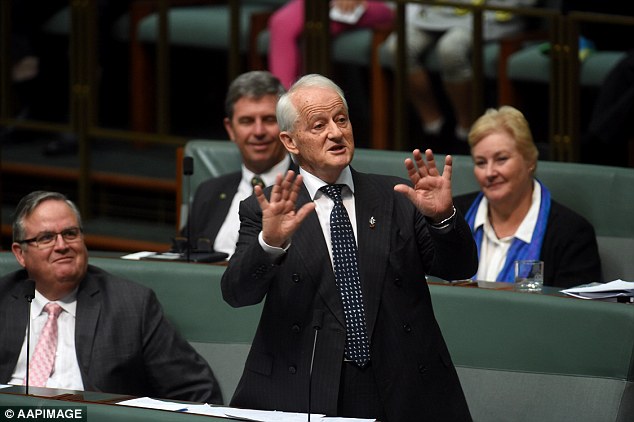 Former immigration minister Philip Ruddock said the immigration numbers varied depending on economic circumstances but he admitted many new arrivals were moving to Sydney and Melbourne.

‘Sometimes there are issues in relation to where people want to settle,’ he told Daily Mail Australia.

‘If you look at where the support mechanisms often are, particularly through people who have already settled in Australia, others tend to follow, that does happen.

‘Having communities that have already settled successfully joined by others is not necessarily a bad thing.’

Australian accepts immigrants via the family, skilled and humanitarian categories. 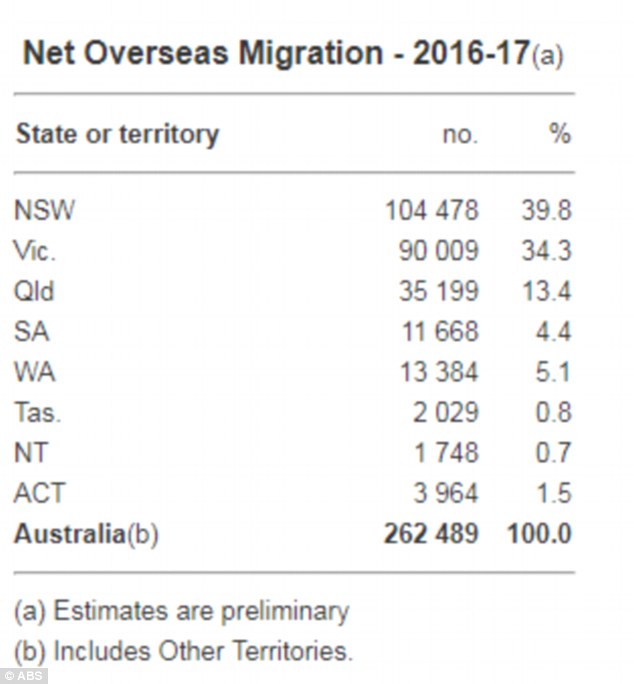 With very few migrants moving to regional areas, that meant 74 per cent of them are moving to Sydney and Melbourne, which are already congested

The mix was changed in 1996 so skilled migrants were favoured over family reunion.

Immigration numbers soared above 100,000 in 2002 when John Howard was Liberal prime minister and surpassed the 200,000 mark in 2012 under Labor’s Julia Gillard.

Interstate migration was also significant in 2016-17, with the 377,000 people moving to another state or territory, the highest in 13 years.

‘While the NSW population is being supported by overseas migration, these flows are being offset by those moving to other states and territories,’ he said.

Can I extend my Student Visa longer than 4 years?