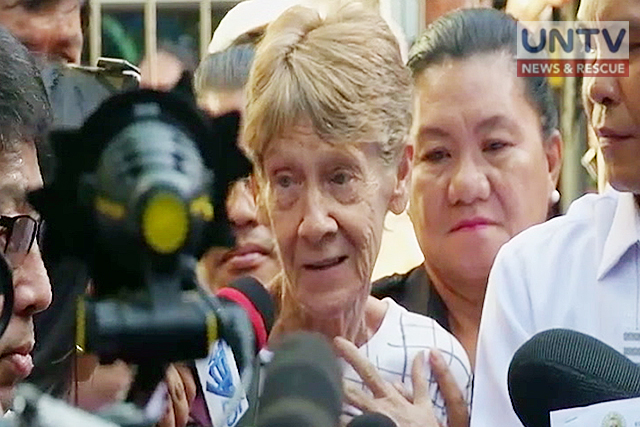 He added that he “takes full responsibility” for the missionary’s temporary detention.

“It was upon my orders implemented by the Bureau of Immigration…I take full responsibility legal or otherwise for this incident. I ordered her to be investigated, not deported at once, not arrested but to invite her to an investigation for a disorderly conduct,” Mr. Duterte said.

In his speech during the change-of-command ceremony of the Armed Forces of the Philippines Wednesday, the firebrand president accused Fox of attacking his government, particularly the Duterte administration’s human rights record.

The controversial President suggested that instead of “badmouthing” his government, Fox should focus on Australia’s problems on refugees and how her government treats them.

“Ikaw madre (You, nun), why don’t you criticize your own government? The way you handled the refugees hungry and dying and you turned them back to the open sea. And now you’re getting rid of the natives there and refugees in an island. Bakit hindi ka magyak-yak doon (Why don’t you do your yacking over there)?” Duterte said.

He added that Fox’s attacks on his administration constituted a “violation of sovereignty.” He added that those who think and act the same should be barred from entering the Philippines.

“Beginning today, I will decide who gets in, who gets out. You want to question that, you go to court and I will follow. But until then, you do not mess up with the sovereignty of this country,’ Duterte concluded. — Rosalie Coz | UNTV News & Rescue