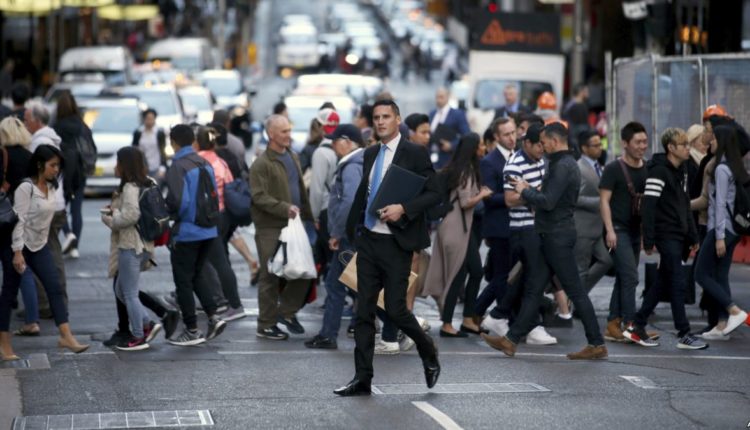 Australia’s population has reached 25 million for the first time, according to official estimates. Over the past three years, Australia’s population has grown by about 400,000 people a year, a rise fueled mostly by immigration. It has prompted a debate about how many people Australia needs and the role of new settlers in sustaining economic growth.

Big or small? The debate about population in Australia is divisive. There is an argument that because of stagnant wages, congestion and unaffordable housing immigration should be scaled back.

The federal government, however, has said that new settlers boost the economy. Some experts also stress that the nation needs more skilled workers to support an aging population.

Population is a pertinent political issue. There have been calls for an official inquiry into population growth, and opposition Labor leader Bill Shorten says there is an “out-of-control” number of people coming to Australia on working visas.

The Australian Bureau of Statistics population clock estimates Australia adds one new resident every 83 seconds, while a migrant arrives on average every two minutes, with the largest number coming from India and China.

Sydney and Melbourne account for about two-fifths of the country’s population.

“The more rapidly the population increases, the harder it is to provide the services that people expect, and I think the problem that the governments are facing is that people in particularly Sydney and Melbourne, but to a lesser extent also Brisbane and Perth quite accurately perceive that their quality of life is going backwards because the infrastructure has not been expanded at the same rate as the population. So the roads are more crowded, the public transport is less adequate, it is harder to get the recreational services that people want,” he said.

At the start of the 20th century, there were just over 3.5 million Australians. There was high population growth after the Second World War, and by June 2000, there were 19 million people in Australia.

The nation has reached the 25 million person milestone almost a quarter of a century earlier than predicted in a prominent government report published in 2002.

How to fill up Malaysia VISA form