Australia’s annual intake of permanent migrants has fallen to the lowest level since 2007 under the leadership of the Turnbull government, the latest migration data reveals.

The fall comes despite an unlikely alliance of the trade union movement and the Business Council of Australia urging the government to keep the intake around 190,000.

It also follows a fractious internal debate within the Coalition about whether to cut the cap – led by former prime minister Tony Abbott, who wanted it reduced to as low as 110,000.

The plunge in annual numbers was already anticipated, after Home Affairs officials told a Senate inquiry there had been a substantial reduction in the intake of skilled migrants, due to tougher vetting procedures using new database technology.

Former prime minister Tony Abbott during Question Time in the House of Representatives at Parliament House in Canberra, Thursday, June 28, 2018.

But the largest fall was in the family stream, in particular spousal visas, which was cut by almost 15 per cent to 47,732.

“The Coalition has restored our borders and reintroduced integrity into our migration program,” Mr Dutton told The Australian.

“What these figures show is that we have also strengthened Australia’s permanent visa program by ending Labor’s slavish drive for quantity and replacing it with a sharper focus on integrity and quality.”

The figures were released to The Australian newspaper and are yet to be uploaded to the government’s published migration statistics. 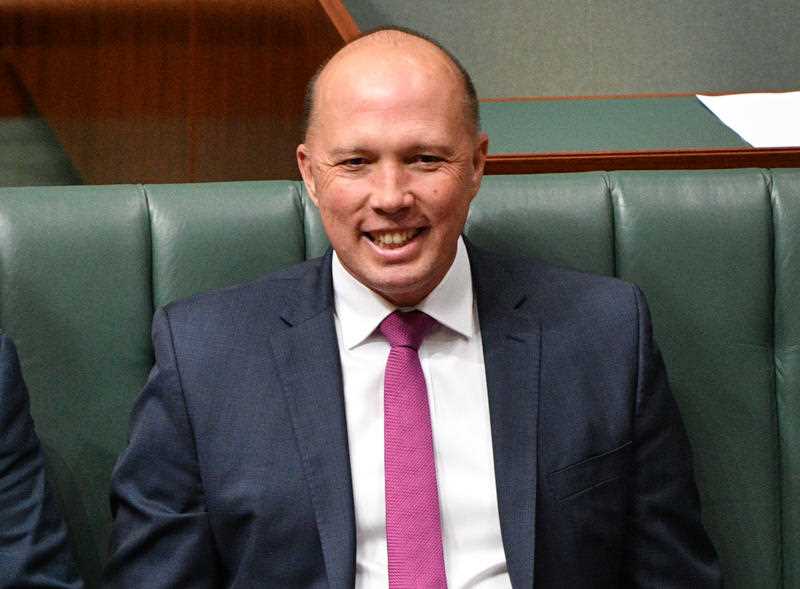 Minister for Home Affairs Peter Dutton during Question Time in the House of Representatives at Parliament House in Canberra, Tuesday, June 26, 2018.

Nearly every year the cap is met, but in the most recent 2016-17 financial year, the intake dipped to 183,000. The government has no obligation to fill the quota.

Mr Dutton said the final statistics for the 2017-18 year would be available in coming months and suggested the number would again be “less than 190,000”.

The 190,000 places cover permanent visas for workers, families and a smaller portion of permanent places for refugees.

But the figure does not tell the whole story of Australian immigration.

The country’s “net overseas migration” statistics, known as the NOM, track the flows of people in and out of the country.

It includes those who enter the country on temporary visas, including temporary working, student and tourist visas. It also includes Australians who leave the country or return home after time overseas.

Earlier in the year, the Home Affairs department estimated 511,900 people would have arrived in Australia by the end of the financial year.