Australia’s population still growing strongly despite a slowdown in migration 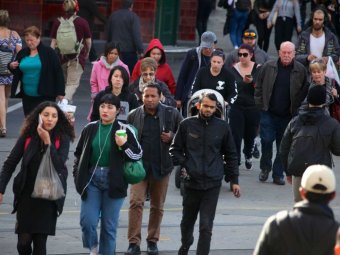 Australia’s population is still growing at a solid 1.6 per cent a year despite a slowdown in net overseas immigration towards the end of 2017.

The latest demographic figures released by the Australian Bureau of Statistics showed the population grew by 388,000 last year to a total of 24.8 million.

The ABS said based on current projections Australia should have a population of 25 million by early August.

Net overseas migration increased by 240,400 over the year and accounted for around 62 per cent of the increase, but appears to be slowing.

CBA’s Kristina Clifton said the quarterly increase of 35,900 was a surprise.

“Net overseas migration usually slows in the December quarter although this was the largest slowdown in several years,” she said.

The natural increase in population (the difference between births and deaths) came in at 147,500.

Net overseas migration covers people who have been in the country at least 12 out of the last 16 months and arrivals on temporary visas including workers, students and tourists.

Ms Clifton said the annual cap of 190,000 on new permanent visas will change the composition of migration data with students taking up an increasing share of the numbers.

On a state basis, New South Wales, South Australia and Western Australia continue to lose population to Queensland and Victoria.

ABS demography director Anthony Grubb said Victoria continues to lead the nation in population growth with an annual increase (+2.3 per cent), followed by the Australian Capital Territory (+2.2 per cent) and Queensland (+1.7 per cent) while the Northern Territory recorded the lowest growth (+0.2 per cent).

“While not growing as fast as some other states and territories, large gains in overseas and interstate migration have nearly tripled Tasmania’s annual population growth over the past two years,” he said.

“This brings Tasmania’s growth rate back up to levels last seen in 2008, thanks mainly to increases in net interstate migration.” 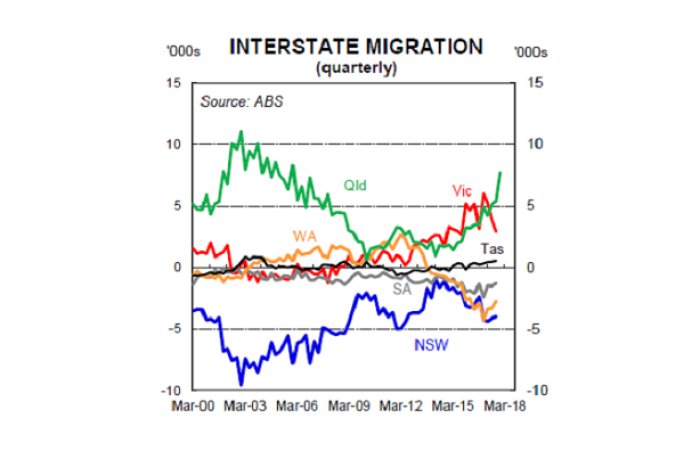 How to Move Australia from India in 2017?