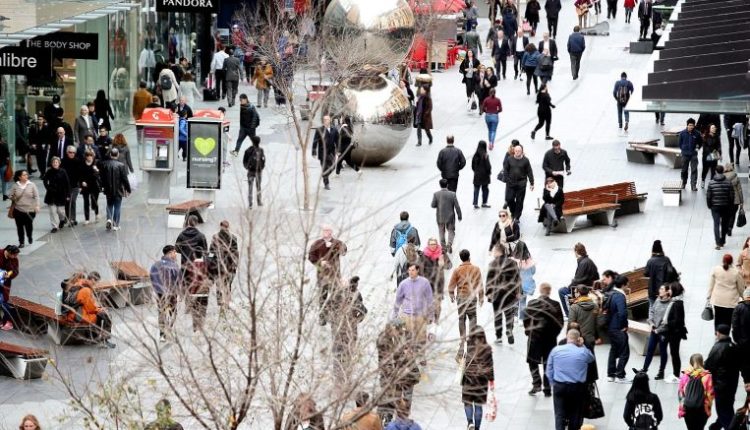 Every minute, one person arrives to live in Australia, the data shows, underpinning consumer demand and boosting the country’s economic fortunes.

The Australian Bureau of Statistics (ABS) estimates the country’s population will reach 26 million in three years’ time, based on current trends. It will mark a doubling of the number of people since 1970 who call Australia home.

The rapid increase in migrant numbers has sparked a debate on the economic and social impact of migration, given that inadequate infrastructure has resulted in clogged cities while an expanding labour market has capped wage growth.

“That’s why we’ve got a A$75 billion (S$76 billion) infrastructure plan. There has to be, to support that growth that we’re seeing in our population.”

Australia’s economic success is built on migration, with over a third of its population born overseas, according to the latest census data which shows Britain, China, New Zealand and India as the top countries where migrants come from.

But immigration has become a political hot potato as the ruling centre-right coalition government and the opposition Labor party start campaigning for the New South Wales state polls next March, followed by national elections in May.

Far-right politician Pauline Hanson has blamed the rising migrant numbers for growing inequality in Australia, while Senator Dean Smith became the first member of the government earlier this year to call for a review of population growth.

Mr Smith has argued that the rapid intake has put a huge strain on the infrastructure of the country’s largest cities, Sydney and Melbourne, home to the vast majority of newcomers.

“The 25 million milestone is a perfect opportunity to engage in a broad public discussion about what future population growth should look like for Australia and how that can be balanced with preserving high living standards and quality of life,” Mr Smith told Reuters.

Citizenship Minister Alan Tudge said that while there are some areas that are feeling population pressures, there are other regions in Australia “that are actually crying out for more people” .

“We need a better distribution of migration across Australia because nearly all the migration is going to Melbourne and Sydney at the moment,” Mr Tudge told broadcaster ABC.

He added that the government was considering levers in its visa allocation to promote regional migration, but did not go into detail.

What Documents Are Needed For Fingerprinting?