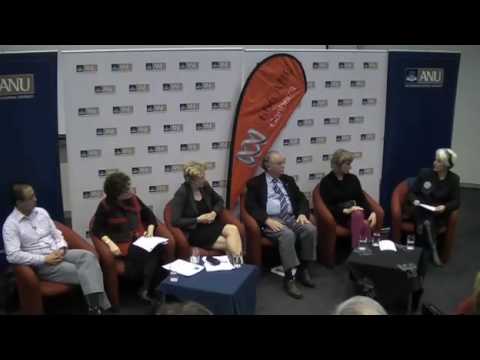 Beyond the Spin 2010 election forum – Asylum seekers, immigration and citizenship

In the first of the 666 ABC Canberra and ANU ‘Beyond the Spin’ 2010 election series, panellists discuss the issues of asylum seekers, immigration and citizenship. The panel is moderated by 666 ABC Afternoons Presenter Genevieve Jacobs, and features Dr Kim Huynh, Dr James Jupp, Professor Kim Rubenstein, Professor Penelope Mathew and Marianne Dickie. It was recorded at The Australian National University on 26 July 2010.

‘Beyond the Spin’ is a series of four forums looking at the big policy issues ahead of the 2010 Federal election.