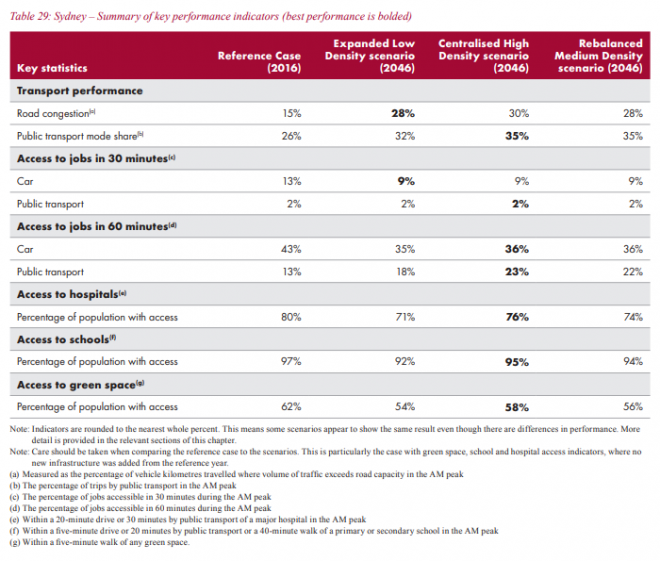 Former NSW Premier and Australian Foreign Minister, Bob Carr, has warned that Australia’s quality of life will be destroyed if it persists with its ‘Big Australia’ mass immigration policy:

Speaking with news.com.au, Mr Carr argued that even if we were to push more money into infrastructure and transport to accommodate, our major cities — in particular Melbourne and Sydney — would still see a fundamental change.

“I think turning the Sydney basin into, substantially, a region of tower dwelling follows — as night follows day — from the rapid rate of population growth we’re committed to,” he told news.com.au.

Australia currently accepts 190,000 migrants per year under its annual quota.

“Ninety per cent of the annual intake goes to Sydney or Melbourne,” said Mr Carr. “Even with the best planning and the biggest infrastructure spends, you still change the character of the city, and I think we’re entitled to think through that a bit more.

“My concern is the conversion of Australia’s east coast to one of towers. That’s what Australia looks like if we’ve got a population of 40 million. Our immigration levels in the developed world is the highest in proportion with our population across the developed world, and there’s very little thought given to the consequences of that.”

Those questioning Bob Carr’s arguments only need to examine the projections of Infrastructure Australia, which shows that liveability in Sydney and Melbourne will unambigously decline as their populations balloon to 7.4 million and 7.3 million respectively on the back of mass immigration. That is, future residents will suffer worse traffic congestion and have less access to jobs, schools, hospitals and green space under every development scenario:

The Urban Taskforce also projects that Sydney will transform into a high-rise ‘battery chook’ city mid-century, whereby half of all dwellings will be apartments (mostly high-rise) and only one quarter of all homes will be detached houses: 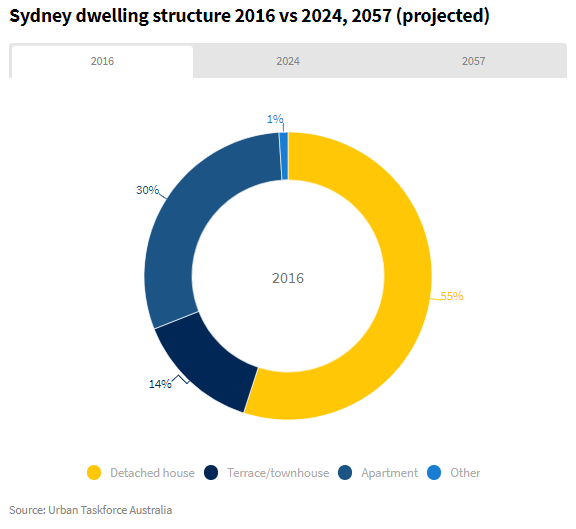 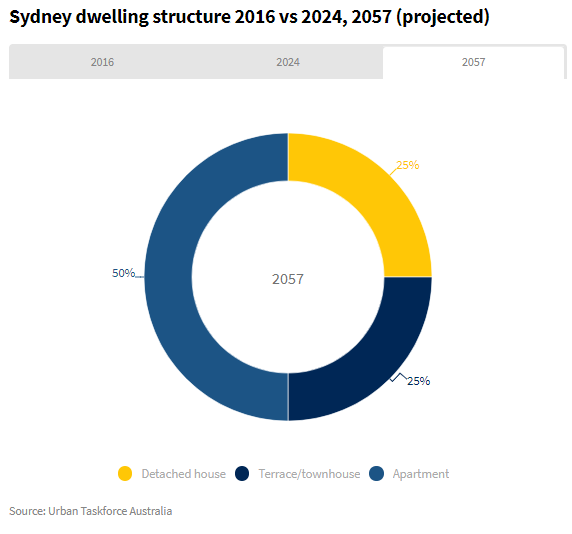 Children, too, will have to get used to being educated in Asian-style high-rise schools, according to the NSW Education Department:

PARENTS need to get used to sending their children to high-rise schools with playgrounds on the roof — just like they do in Asia.

“High-rise schools aren’t unfamiliar around the world. In fact they are very common in big cities, not just in Asia but in London and New York…

Mr Scott said that could ­include an oval being in the surrounding area, not inside the school gates…

Future residents of Sydney and Melbourne are facing a future whereby only the wealthy elite will be able to afford to live in a detached house with a backyard, and only their children will be able to attend schools with green ovals and playing fields. Ordinary workers and their children, by contrast, will be crammed into high-rise apartments and schools.

Is this really the future we want? One where Australia’s famed quality of life is jettisoned for Asian-style high-rise?

It’s time for voters to decide whether they want a ‘Big Australia’ of 40-plus million mid-century, and a Sydney and Melbourne of 8 million each. Let’s have a plebiscite on Australia’s future population.

Are you seeking a skilled visa?