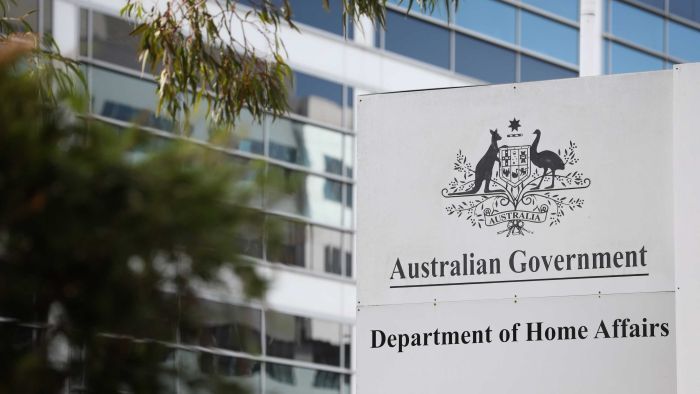 Massive growth in Australia’s ballooning temporary migration is dwarfing the Government’s cuts to the permanent intake.

The number of people who hold bridging visas — the same kind of visa given to the Commonwealth Games athletes who are seeking asylum — has hit a historic high.

At the end of March, 195,000 people with bridging visas were in Australia, including more than 37,000 whose nationality was not specified.

It has pushed the number of people in Australia on temporary visas to more than 2.2 million — again, a record high.

Bridging visas are usually given to migrants whose substantive applications are currently being processed.

Jonathan Granger, director of Granger Australia and a former national president of the Migration Institute of Australia, described the migration program as “chaotic”.

“The resources available to the department are limited every year by Government, and yet Government rolls out reform agendas that are not well thought through, that require transitional arrangements and require multiple layers of processing against regulations in the same visa areas,” he said.

“The result of those things is significant delays.”

Prime Minister Malcolm Turnbull has said the Government was planning on cutting the permanent migration intake from its traditional level of 190,000 per year, down to approximately 170,000 this year.

But that number is dwarfed by the scale of the temporary visa program.

In the past year an additional 150,000 visitors are in Australia on temporary visas, including 33,000 more foreign students.

Many of these — such as students, backpackers and many bridging visa holders — have extensive work rights.


Mr Granger believes the spike in bridging visas was likely to be caused by a combination of factors, including more applications due to major program changes and cutbacks in resources at the department.

The Government has rolled out an overhaul of both temporary and permanent migration programs in the past year.

A Department of Home Affairs spokesperson said processing times were driven by a range of factors including:

The boom in bridging visas has been driven by a mysterious component of 37,000 visa holders for whom the Department of Home Affairs will not reveal their nationality.


The Department of Home Affairs declined to provide more explanation about this group.

Mr Granger said the program changes and lack of resources meant there were growing numbers of visa refusals that ended up at the Administrative Appeals Tribunal.

“This results in a significant rise of unwarranted refusals, and transfers time delays and costs over to the Appeals Tribunal,” he said.

The average processing time at the Administrative Appeals Tribunal for temporary work visas is 381 days over the past six months, up from 286 for the corresponding period a year ago.

Wayne Parcell, immigration partner at EY, said it was impossible to determine the “root cause” of the increase in bridging visas without more information.

Mr Parcell said many of his clients already on bridging visas were forced to request separate bridging visas if they needed to travel — for example for business or family visits — creating additional administrative load on the department.

“A reduction in the number of bridging visas is possible if a multiple entry travel facility was granted to all applicants who are legitimately awaiting a visa decision in Australia,” he said.

“This would decrease administrative effort for the Department of Home Affairs and improve the service experience for clients.”