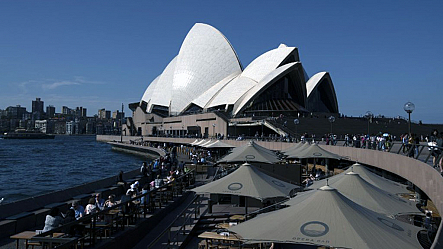 Conversational English tests to be introduced for Australian immigration seekers

As well as the English test, the government also wants to change the period of permanent residency from one year to four, introduce a new values test, and stronger character checks

A new mandatory basic English language requirement for all new permanent resident immigrants will be considered by the Australian government amid concerns that by 2021 more than one million people in Australia could have little or no English skills, reports SBS News.

The Australian administration will also consider redrafting its citizenship laws to soften the proposed proficient English language tests for citizenship, instead of an IELTS test for migrants wanting to become Australian citizens.

The government, in April last year, announced an overhaul of the citizenship legislation, proposing a standalone English language test and raising the general residence requirement, among other measures.

The government’s bill, that required migrants to prove competent English proficiency by scoring at least 6 Bands on the IELTS test before they could apply for citizenship, was defeated in Senate due to a staunch resistance by a joint opposition of Labour, Greens and some crossbenchers.

The government then scaled down the English proficiency to ‘moderate’ which would have required migrants to score 5 Bands on the IELTS test.

But in an exclusive interview with SBS News, the Australian Minister for Citizenship and Multicultural Affairs Alan Tudge said the government may bring in a conversational, primary school level test instead.

“What we are going to be looking at is some sort of conversational level of English, may be of primary school level,” said Tudge.

“We haven’t settled on the precise formula and we would still like people to have that level of English before they become citizens.”

Earlier this year, Tudge said the government was committed to implementing the citizenship reforms from July 1.

While the minister said he would still want this to happen this year, that doesn’t seem possible before July 1, since the government is still working on the details of the revised legislation, including the general residence period.

In the previous version, migrants were required to wait four years after getting their permanent residency before they could apply for citizenship.

“Most people are in the country for 3-4 years before they apply for their citizenship. That’s relatively short compared to many other countries… compared to the US, Canada, UK and New Zealand. These are comparable countries.”

“We are still taking a look at this. Again, that’s not settled – we are consulting in relation to that,” he said.

“We want good people coming to Australia. We want them to adopt Australian values and integrate well into the community.”

Farmwork Australia, all for the second year visa! – #10 | Work and Travel Australia 2016