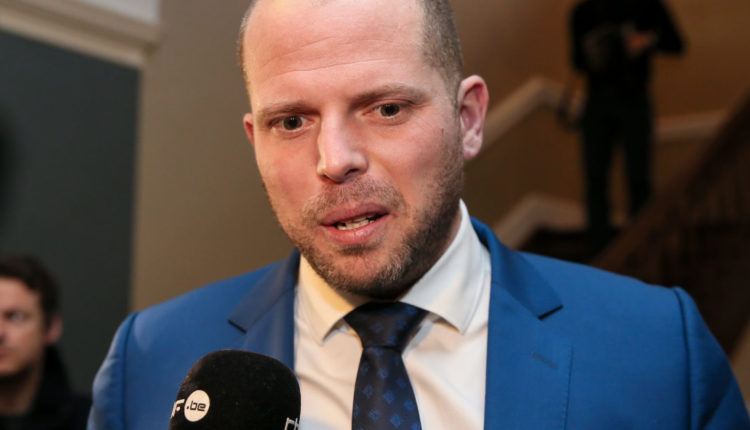 He is not a minister but the secretary of state in charge of immigration issues. He belongs to the Flemish nationalist, separatist NVA party. He is a well-known racist, very popular amongst Flemish voters. It would be a shame to implement the Australian model in a European country.

The change in approach to immigration is clearly accelerating

Only model that has shown to work and is sustainable over the long term.

@Alan
Perhaps you don’t him well. He is a pure racist taking advantage of populism raising in Europe thanks to people like Trump and Bannon. He enjoys this. He will try and find any justification and pretend it is in the interest of a country he totally rejects as his own.

Where were all these geniuses 3 years ago??? V4 was saying moreless the same thing back then, only to be labeled “racist” and “xeno/islamophobic” and what not.

To the jerk who can’t even write properly (too used to sms jargon) : don’t worry. I’ll keep commenting whether you like it or not.

If someone is not called racist at some point by their opponents their opinion is probably not worth listening to.

Amazing how some people hiding behind a pseudo feel they have the right to insult those who don’t share their views. It could be funny if it were not simply pathetic and shows how limited their brain capacity and empathy abilities are.

Amazing how some people feel they have the right to insult those who don’t share their views. It could be funny if it were not simply pathetic and shows how limited their brain capacity and empathy abilities are.

A bit of minor editing….you may not share Francken’s views but I’m guessing he is an elected representative & entitled to some respect. Calling him a racist simply doesn’t cut it.

One last thing: “advice” comes with a “c”: “s” is limited to the verb. I doubt you know the difference.

Who addresses someone else as “garbage” on this site? Is this appropriate? Should it be tolerated? My views may not be to everybody’s taste, which is perfectly normal, but should one be insulted in such nauseous terms for expressing them? Is freedom of speech down to rubbish? I simply ask the question. I don’t accept such a reaction, be it towards me or anyone else.

Europe needs to decide, first and foremost, what it wants to look like 40-50 years from now. And from my experience vast majority of europeans want to preserve their culture, heritage and identity, and dont want to live in a muticultural “paradise”. And if Europe is to survive as a civilisation, it has to close external borders and turn away all incoming migrants. All of them. Europe has a full right to preserve its culture and this right stand above any other rights, real or perceived, of migrants, refugess or anyone else. No one can force mass immigration on Europe. No one. Only european citizens can decide about a migration. And anyone watching the european political scene of last few years can see that european have already made the choice. Majority is against mass immigration from Africa or Asia. Only a small loud, screaming, and often foreigh funded minority is obsessed with cultural suicide of European civilisation. Let´s not let self-hating fanatics decide about our future.

It seems to work well. So we can probably implement it quickly.

Chill out Irene, you are over-reaction.

Why when the British prime minister begged the EU for help over excessive immigration did 27 member countries back the commission in giving a firm and very rude NO to his plea then laughed at his discomfort and resignation from his leadership?. As Nigel Farage told the EU parliament on Brexit Independence day “You are not laughing now”.

No, I am not overreacting. I simply don’t accept vulgarity and disrespect. That’s it. I never will. And if someone else is treated in a similar way, I will react all the same. We can agree to disagree: no need for differences of opinion to become unnecessarily aggressive and insulting.

In the very first post you call an elected and one of most popular politicians a racist and you talk about insults? is that a joke?

Franken is popular with…. populists, racists and brain-washed people who can’t think by themselves. This is how the NVA was elected. Yet, again, by triggering the frustration phenomenon. Like the trumps, salvinis, le pens, wilders, orban, erdogan et al. Their voters can’t judge by themselves. They are manipulated and happy to be because their brain functions are in limbo. Like some on this site.

Second, he is one of the most popular politicians, so majorioty of voters are racists ????

Yes, many NVA voters are pure racists, indeed, who claim amnisty for those Flemish collaborators during WW2.

I consider to be called “garbage” is an insult even if what say doesn’t suit the initiator.

I am not a nationalist or religious and I dislike comments based on family values, however what this guys is common sense, if it is saud by him or by Mahdma Gaddhi is the same thing to me it makes sense. Genuine refugees shall be taken take off and be protected, but the current BS has to finish. Benefits have to stop, people that pay people smugglers must be processed at refugee centers and the EU countries must ONLY accept people that the UN certifies as genuine refugees. In my view of the world the color of someone´s skin (belief in immaginary creatures God, superman or toothfairy) is of no importance (either as an advantage or disadvantage), but Europe, USA or Australia can not act as a global wellfare system where someone can ask to be accepted by virtue of this socialeconomic status, skin color or belief. Genuine victims should be help through the UN.

I am xenophobe. I am a voter, and I am taxpayer…

Where was Belgium when Merkel invited immigrants from all over the world, breached EU immigration regulations (Dublin convention), moreover against any common sense ?!?

When V4 countries advocated EU’s external borders basic protection they were called racist and xenophobes by Belgian politicians like Verhofstadt !

It’s a shame that you can’t seem to look past labels and ascriptions to the fundamental logic of this decision; the current immigration regime in the EU is chaotic, indefinite and harms societal cohesion. It is honestly kinder to all to draw a line in the sand now before the situation becomes a legitimate conflict.

@Irene Duym
“Who addresses someone else as “garbage” on this site? Is this appropriate? Should it be tolerated? My views may not be to everybody’s taste, which is perfectly normal, but should one be insulted in such nauseous terms for expressing them? Is freedom of speech down to rubbish? I simply ask the question. I don’t accept such a reaction, be it towards me or anyone else.”

Hear, hear! You are absolutely correct in your stance. An argument is won or lost on its own merit and not by personal reference. Obviously PdB is the exception to this rule. LOL