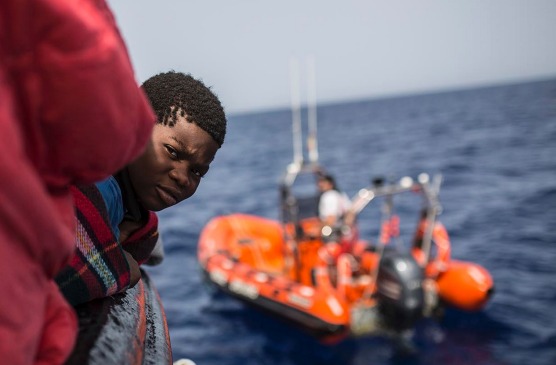 The actions are similar, and so is the rhetoric. Europe is following Australia in locking out illegal refugees.

Like in Australia, the change has been triggered by more prospective refugees arriving off Europe’s borders, but the European shift is also due to renewed post-GFC alarm about the future, a threatened global trade war, a lurch towards right-wing nativist parties, and Brexit.

The new financial year may be just one week old, but this increased alarm is already marked by more affluent countries turning against refugees in both hemispheres. Policies may differ, but there is a new convergence towards an exclusionary approach to the refugee influx in Europe, America and Australia.

After years of criticising Australia’s refusal to allow refugees arriving by boat to enter the country, it is in Europe where the refugee policy has changed most dramatically. In the past week it has tightened to a point where observers are speculating whether the European Union’s open borders project, and even the 61-year-old EU itself, will collapse under the weight of cascading border closures in Germany, Italy, Poland, Hungary and Austria.

Germany, the biggest and most powerful country in Europe, last week bowed to popular pressure and is establishing Australian-style detention centres on its borders to stem the flow of refugees from Syria.

Australian parallels are closer in Italy, the European country most exposed to the refugee influx from North Africa across the Mediterranean Sea. A new right-wing populist Italian government is implementing a tough, Australia-style, turn-back-the-boats regime, and is employing similar rhetoric to justify its position.

In the US, popular revulsion has stopped President Donald Trump from separating children from their refugee parents at the US-Mexican border, but Trump’s exclusionary rhetoric going back 18 months before the November 2016 US presidential election, and tighter regulations, mean refugee and migrant entries into America are dropping sharply.

According to veteran Australian demographer Bob Birrell, an emerging exclusionary line across Europe “is quite similar to what happened in Australia”. Liberal Prime Minister John Howard introduced offshore processing of refugees nearly 17 years ago, and the Tony Abbott-led Coalition government turned back the boats in 2013. In the past few weeks both policies have been effectively replicated in Germany and Italy, and elsewhere in other EU countries.

“The remarkable thing about the European situation is that it’s taken so long to produce this reaction,” says Birrell, who is head of the Australian Population Research Institute and was earlier founding director of the Centre for Population and Urban Research at Monash University.

“It was central to the EU that there was free movement of people within its borders. Although the refugees in most parts don’t have resident status [within the EU] it’s still a pretty significant change to put border posts in each frontier.”

Birrell says the refugees arriving in Europe have also “prompted a remarkable backlash in the Eastern European countries. They’re not just challenging the free movement provisions of the EU, they are also challenging the authority of the European Council and the European Commission” – the two governing bodies of the 500-million member, 27-country EU.

The apex of this European shift to a hardline position on refugees is Germany. It is not just because it is the EU’s biggest country, with 81 million people, or its strongest economy, but because Germany under centrist Chancellor Angela Merkel had been determined to maintain an open borders policy and pursue an accommodating approach to refugees, in marked contrast to its earlier, rampant chauvinism, which led to two world wars and the Holocaust.

However, Merkel, who has been Chancellor for 13 years – just one year less than Conrad Adenauer’s record 14-year tenure in the position – folded amid forecasts of her government’s imminent collapse if she did not change her position. This followed a resignation threat by Horst Seehofer, who is the German Interior Minister and head of the Bavarian-based Christian Social Union (CSU), sister party to Merkel’s larger Christian Democratic Union (CDU).

Seehofer’s move contained some ominous echoes for the rest of Europe. The CSU is socially conservative but also far removed from Bavaria’s past history as the place where Adolf Hitler staged his abortive Nazi Party putsch attempt a decade before rising to power in Germany in 1933.

Bavaria is the southernmost German Lander, or state, and borders Austria, where refugees from Syria have been clamouring to enter Germany. Interior Minister Seehofer’s resignation threat arose from a split with Merkel over the handling of “secondary” migrants or refugees – those who enter the EU in a country like Italy or Greece, and then travel across the EU’s open borders to Germany.

Up until last Monday, Merkel had staked her considerable reputation as the ex-officio leader of Europe by fiercely upholding the EU’s commitment to open borders and strengthening a grouping that had, after all, been largely formed to avoid further major wars in Europe.

The paradox of the Merkel-Seehofer split is that in recent months there had been a sharp drop-off in refugees trying to enter Germany compared with a few years before. But a popular backlash against immigration in Europe, including Germany, generated a lurch to nativist parties, including the Alternative for Germany Party, and Seehofer’s Bavaria faces a state election in October

In the face of extreme pressure, Merkel on Monday announced Germany would set up camps along the Austrian border to house secondary migrants while their status was reviewed. They may not remain there for years, like on Manus Island or Nauru, but no one knows how long it will take German authorities to “check” their papers. Further, the centre-left German Social Democrat Party (SPD), which is also a member of Merkel’s so-called “Grand Coalition”, has previously lashed out at any plans to establish what it calls “mass internment camps”.

There are fears the German processing camps decision will trigger a round of border closures throughout Europe. As a result, racial profiling could become a common practice at European borders as part of systemic attempts to keep out refugees, and there could be an even bigger lurch to the right. In Germany, for example, the decision to establish refugee processing camps will be seen as a victory for the nativist Alternative for Germany Party. Despite denials, the Alt Party contains at least an echo of Germany’s dark Nazi past.

Meanwhile, a new right-wing Italian government has implemented its turn-back-the-boats policy against North African refugees fleeing the chaos in Libya in rickety, unseaworthy boats. Like the asylum seekers travelling to Australia by sea from Indonesia, hundreds have drowned. At the same time, the Italian government is employing language to justify its tough new anti-refugee stand reminiscent of the “people smugglers” phraseology used by Australian politicians to enforce a “no arrivals” policy for refugees arriving by boat.

Italy’s new Interior Minister, Matteo Salvini, who is also leader of the country’s right-wing League Party, has been reported in the Italian media as saying: “We cannot take on one more person. On the contrary, we want to send away a few. Italian ports are no longer at the disposal of traffickers.”

Salvini has likened rescue ships carrying refugees from North Africa to taxi services. Raising the race ante, last month he announced a census of Italy’s Gypsy population ahead of threatened deportations. At the same time, Italian television has carried footage of Salvini calling for a cleansing of migrants from the country, “street by street”.

The language used by Trump against Mexican refugees illegally crossing over the US border into states like California and Texas has been even more inflammatory. Before the 2016 presidential election, Trump said: “They’re bringing drugs. They’re bringing crime. They’re rapists.” He threatened to build a wall across the border and force the Mexican government to pay for it.

According to an analysis of migrant and refugee numbers reported widely in the US media, the 18-month-old Trump presidency has precipitated an 18 per cent drop in the number of migrants and refugees arriving in the US. He may not have succeeded in building a wall on the US border with Mexico, but after weeks of separating children from their Latin American refugee parents, Trump last week signed an executive order that would allow him to detain refugees indefinitely. This is similar to the existing Australian government refugee policy.

But while the language and much of the approach to refugees may now be similar in Europe and the US to that used in Australia since the noughties, the overall effect on their wider immigration programs are vastly different. This is largely due to the fact that immigration plays such a significant role in Australian economic outcomes; indeed, in the national psyche. The economic role has been present since the assisted migration program began in 1945, but it has increased in recent years not just because of the end of the mining investment boom and higher migrant numbers, but the increasing emphasis on skills-based entry plus business migration.

Australia may have pioneered a tough “turn-back-the-boats” policy, and detained refugees indefinitely in gulag-style conditions on Manus Island and Nauru, but it is also just about the leading country for immigration in the world.

A constant litany of complaints about alleged discrimination in the workplace and other areas should not obscure the fact that Australia has a largely thriving, diverse community that is simply not comparable to the almost exclusively white, largely Anglo-Celtic population that dominated the country until the 70s.

Former Reserve Bank board member John Edwards points out that despite the continuing controversy over the handling of refugees, “Australia is becoming a more ethnically diverse nation than any I can think of”. According to a recent report prepared by the Australian Parliamentary Library, since 1945 more than 7.5 million people from Europe, the Americas, Asia, Oceania and Africa “have settled here”. Australia’s overseas-born resident population – estimated to be 28.2 per cent in June 2015 – is twice as high as the proportion in the US or Germany, where anti-immigration sentiment is far more trenchant than here, and much higher than the share in Canada or New Zealand.

“This is because of the size of the migration program,” Edwards says. Last year net migration was 240,000, “a little off the peak of 315,700 in 2008 but still very high. In the 10 years to the end of 2017 net migration (long-term and permanent) was 2.2 million. The increase in the Australian population over the period was 3.8 million, so net migration contributed about 60 per cent of the population growth”.

“That said, it is also true that we might have had somewhat lower unemployment rates (though they are not high) and higher participation rates and higher wages growth without the high net migration we have experienced. On balance I have no doubt we are better off as a result of a jobs-related migration program, though we could look to wind it back a bit now that the mining construction boom has faded.

“Interestingly, the OECD data shows that employment, unemployment and workforce participation are not very different in Australia between the native and foreign born.”

However, the widespread condemnation of Australia’s harsh treatment of illegal refugees continues. According to a recent UN report, the Australian government is breaching “common decency” in its turn-back-the-boats and permanent offshore refugee resettlement programs.