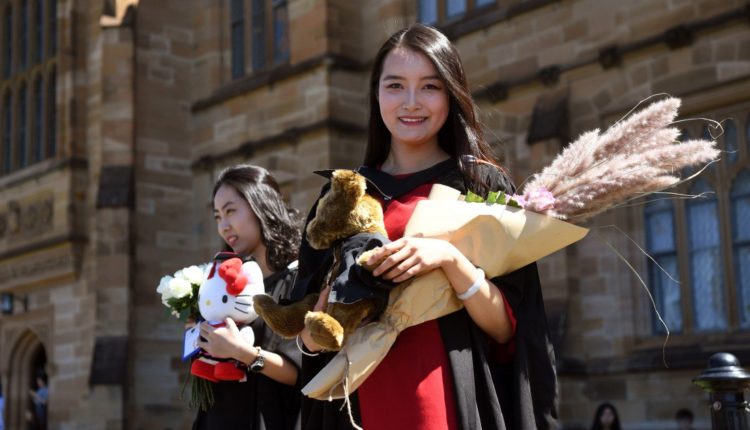 Every time Bobby Wen takes a breath, he is reminded of why he and his mother left China for Australia.

The stifling pollution of Guangzhou, where Wen was born, had played havoc with his asthma – so with visions of clear blue skies and wide open spaces, his mother upped sticks and moved him to Melbourne when he was just 7 years old.

“The air in Guangzhou was really bad due to industrialisation and the moving of factories from Hong Kong after the opening up of China,” he recalls. “I remember being told we couldn’t drink the rain water because it was polluted and highly acidic.”

Now 22 and studying economics and international relations at the Australian National University in Canberra, Wen has never doubted his mother’s decision. 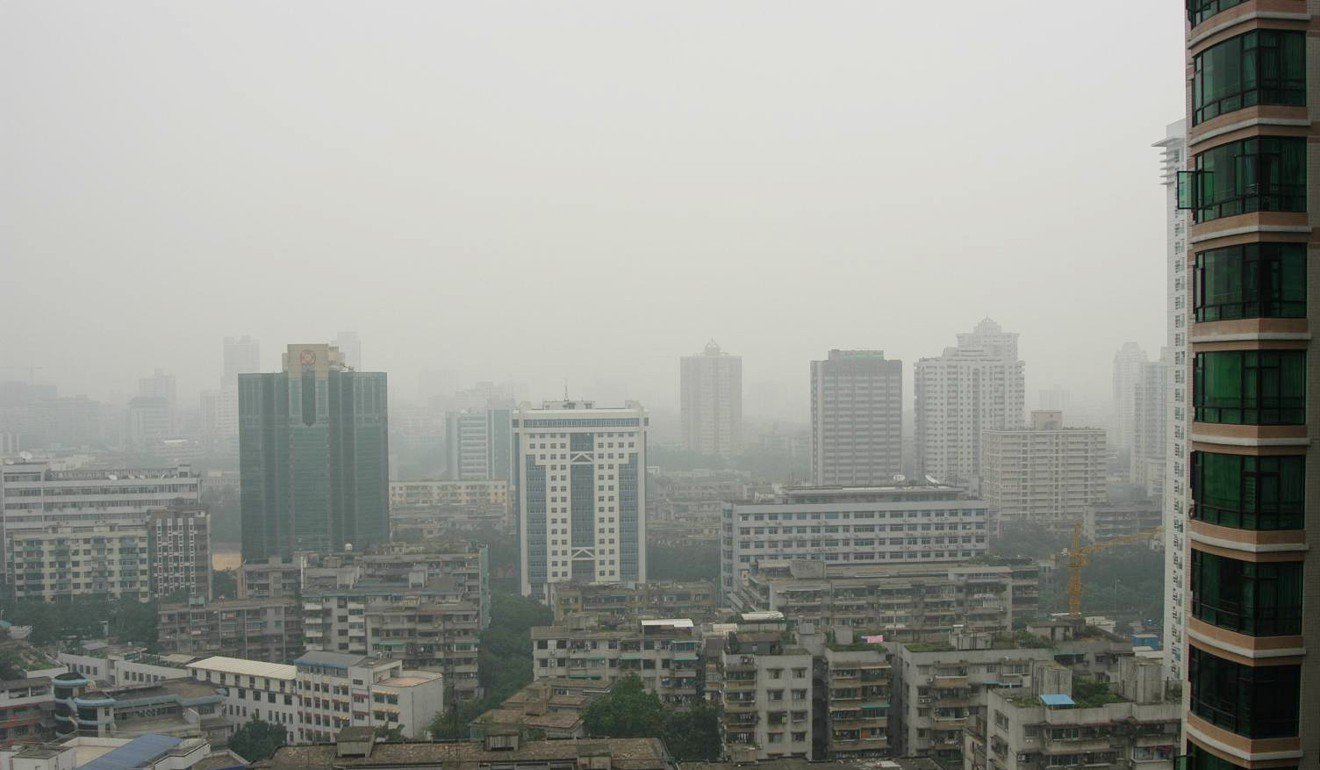 Similarly pleased with her new environment is Claire Yu, 26. For Yu, it was visions of a simple lifestyle and a work-life balance that in 2014 prompted her to leave Harbin for Adelaide, the wine capital of Australia thanks to its cool climate, altitude and changing seasons. Yu earned a Master’s degree in wine business at the University of Adelaide, which qualified her for a state-nominated skilled-migrant visa.

Her fellow Adelaide resident, Max Chi, 32, took a different route – his expertise in telecoms engineering meant he could obtain permanent residency and relocate his family from Beijing in just six months.

Wen, Yu and Chi’s personal stories differ, but they have something in common. They represent a shift in the patterns of Chinese migration to Australia that is having a profound effect on the country’s demographics, attitudes to immigration and even its deeply held notions of what it means to be Australian.

Why China’s richest flock to Australia

The modern migrant is likely to be highly skilled, educated, and investment-focused, as likely to be drawn to the country for its clean air and lifestyle as anything else. Not only that, but higher levels of English and varied immigration schemes are helping them to settle in areas far beyond traditional ethnic Chinese enclaves in Sydney and Melbourne.

In a recent paper titled ‘Shifting dynamics of Chinese settlement in Australia: an urban geographic perspective’, human geographer Thomas Sigler and his fellow authors at the University of Queensland identify the year 2000 as a watershed in this great migration. 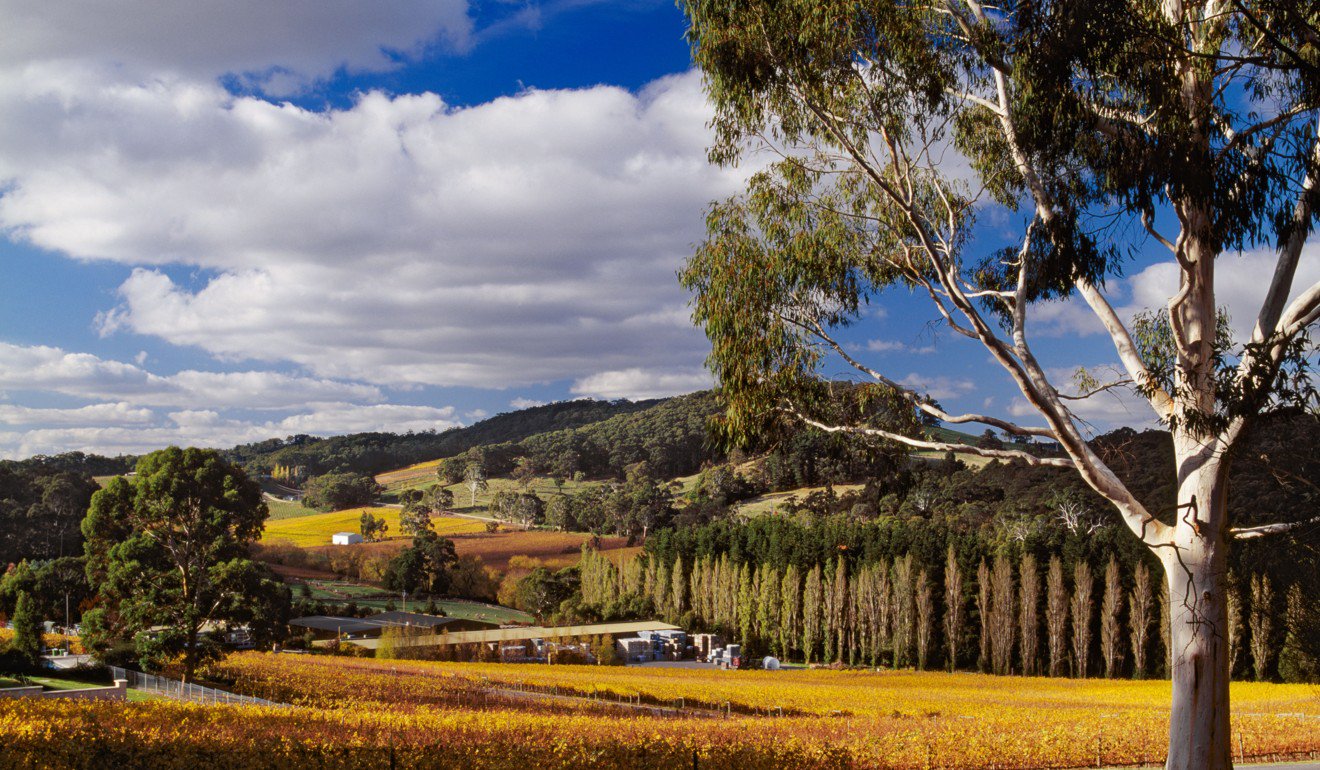 Before this, ethnic Chinese in Australia were typically economic migrants born outside mainland China, with many coming from Hong Kong and Taiwan.

But Sigler and company say that since then, visa schemes designed to encourage foreign real estate investment as well as skilled worker and student migration have resulted in an influx of affluent and educated mainland Chinese.

More than half of all mainland-China-born immigrants in Australia moved there between 2006 and 2015, according to scholars Dallas Rogers and Ilan Wiesel, and by 2016, mainland Chinese living in Australia accounted for 2.1 per cent of the country’s population.

Not only are Chinese migrants growing in number – they are spreading farther into the country.

It’s good to talk, but Australia and China are worlds apart

While Sydney and Melbourne are still home to the lion’s share of mainland China-born migrants, there have been dramatic increases in the numbers of Chinese settlers in medium-sized capital cities such as Adelaide and Perth.

Part of the reason for this is that the rise of China’s middle class has brought about higher levels of education – and, in particular, English-language ability. 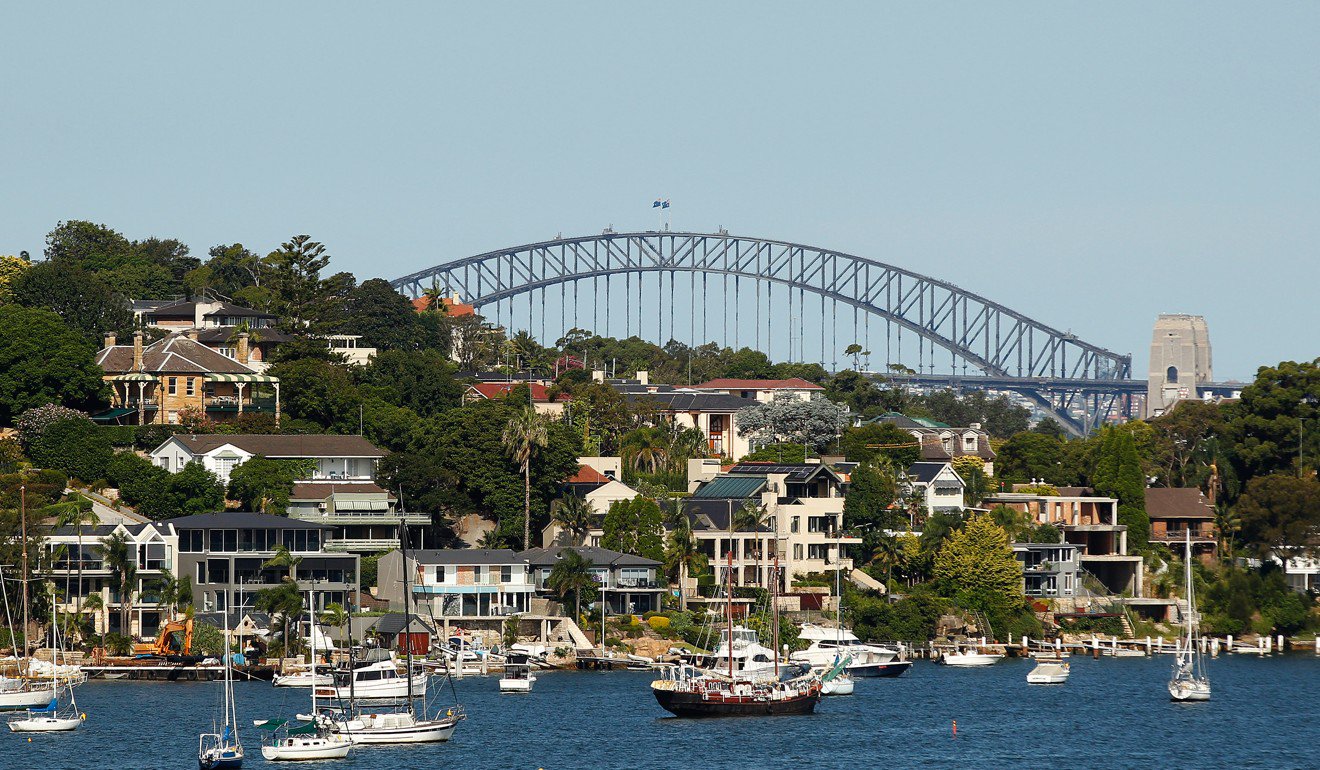 However, there is a curveball to his research. While scholars had projected this influx of migrants would lead to more multicultural neighbourhoods, Sigler and his colleagues found that on the contrary, Chinese migrants were still likely to live in ethnic enclaves – it was just that these enclaves were more numerous and more spread out, something Sigler, a senior lecturer at the University of Queensland, says reflects the segmented assimilation theory.

This picture of migration is reflected in the experience of Wen – the student who left behind the pollution of Guangzhou as a child. He and his mother first moved to Camberwell, a white-dominated neighbourhood in Melbourne, but he has since moved to Dickson, the “Chinatown of Canberra”.

“Compared to other neighbourhoods in Canberra, it’s a bit more bustling with restaurants and shops,” Wen says. “Like many overseas Chinese areas, it’s quite Cantonese dominated and allows me to easily buy siu yuk [crispy roast pork belly] and roast duck on days I don’t feel like cooking.”

Helping to drive this great migration is Australia’s reputation as a stable democracy with solid infrastructure and a respected education system. Its proximity to China also appeals.

“The education, medical and even social system is more advanced in Australia. This will be beneficial for our next generation,” says Jerry Chen, 27, a Chinese immigrant who earned a Masters of Commerce degree at the University of Sydney. He and his wife plan to help their parents move to Australia so they can enjoy a better – and healthier – life.

As Barry Li, the author of New Chinese: How They Are Changing Australia, puts it, “Compared with other top liveable cities in the world, Australian cities have the best policies and multicultural environment for new migrants.”

However, there is another reason China’s middle class is attracted to Australia: government policy has shifted to embrace them. 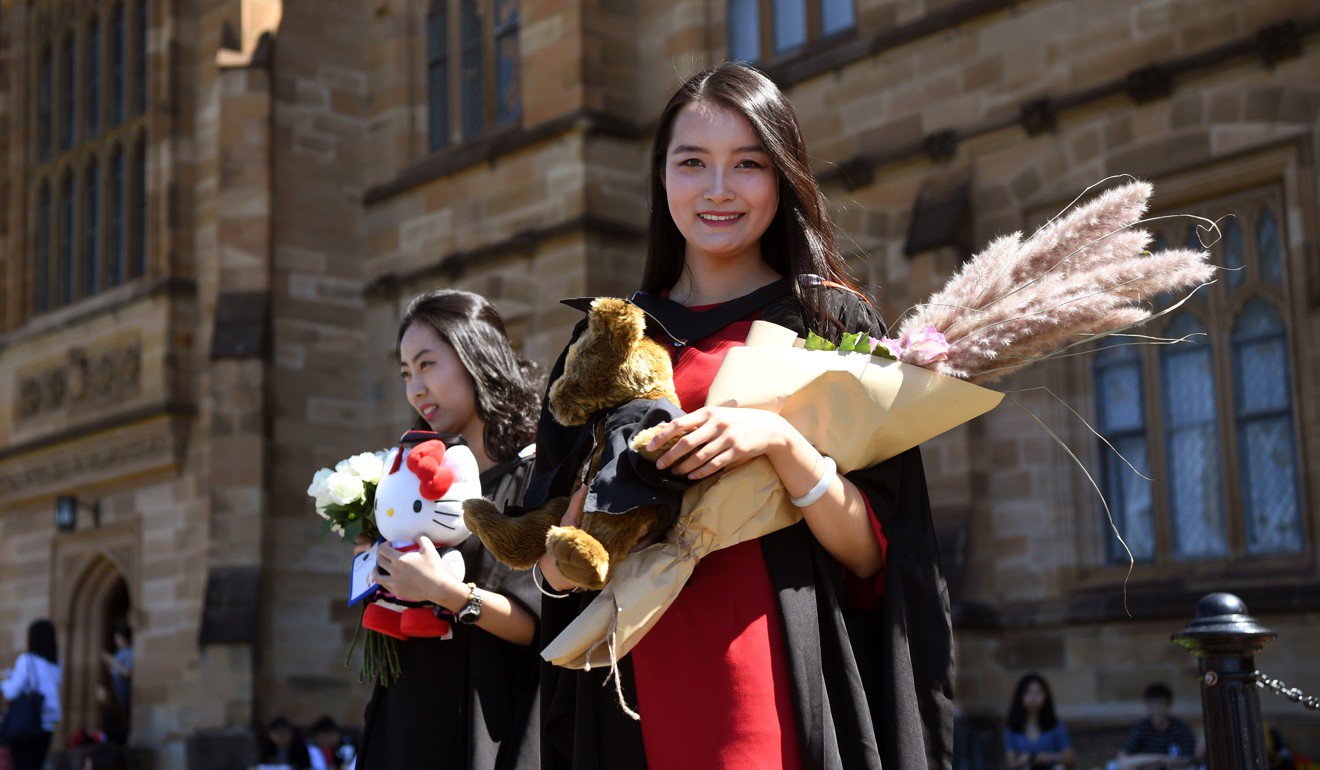 Since the late 1990s, Canberra has made changes to immigration policy that offer foreign nationals “flexible citizenship” in return for investing in property and education.

One such policy is the student visa. In 2016-2017, education was Australia’s third largest export, generating a record A$28 billion (US$20 billion) in revenue. According to research by the University College London, Australia is set to overtake Britain as the second most popular destination for international students (the United States is No 1), and this is a trend the Australian government appears eager to encourage.

“Applying for a student visa to come to Australia was a lot easier than America, at least at the time I was applying,” recalls G.W., a Chinese immigrant in her 30s who moved to Sydney in 2007. “There were many exhibitions in relation to migrating to Australia back in Shanghai.”

Students from China now make up the largest portion of Australia’s foreign student intake. As of June 30 this year, almost a quarter (23.1 per cent) of the 486,934 student visa holders in Australia were Chinese nationals.

Should Australia fear an influx of Chinese?

The SIV is open to all nationalities but is targeted at Chinese investors who commit A$5 million in “complying investments” to qualify for a four-year visa that can be converted to permanent residency. Nearly 90 per cent of SIVs for the top source countries were granted to Chinese nationals.

Meanwhile, according to Sigler and company’s study, the decision by the South Australian government to embrace migrants as a solution to its labour and skills shortage led to a rapid increase of migrants from mainland China between 2003 and 2008.

The seemingly ever-growing pool of affluent, educated workers who have ambitions beyond China’s borders has given birth to a variety of education, immigration and real estate agencies set up to help them move freely around the world. 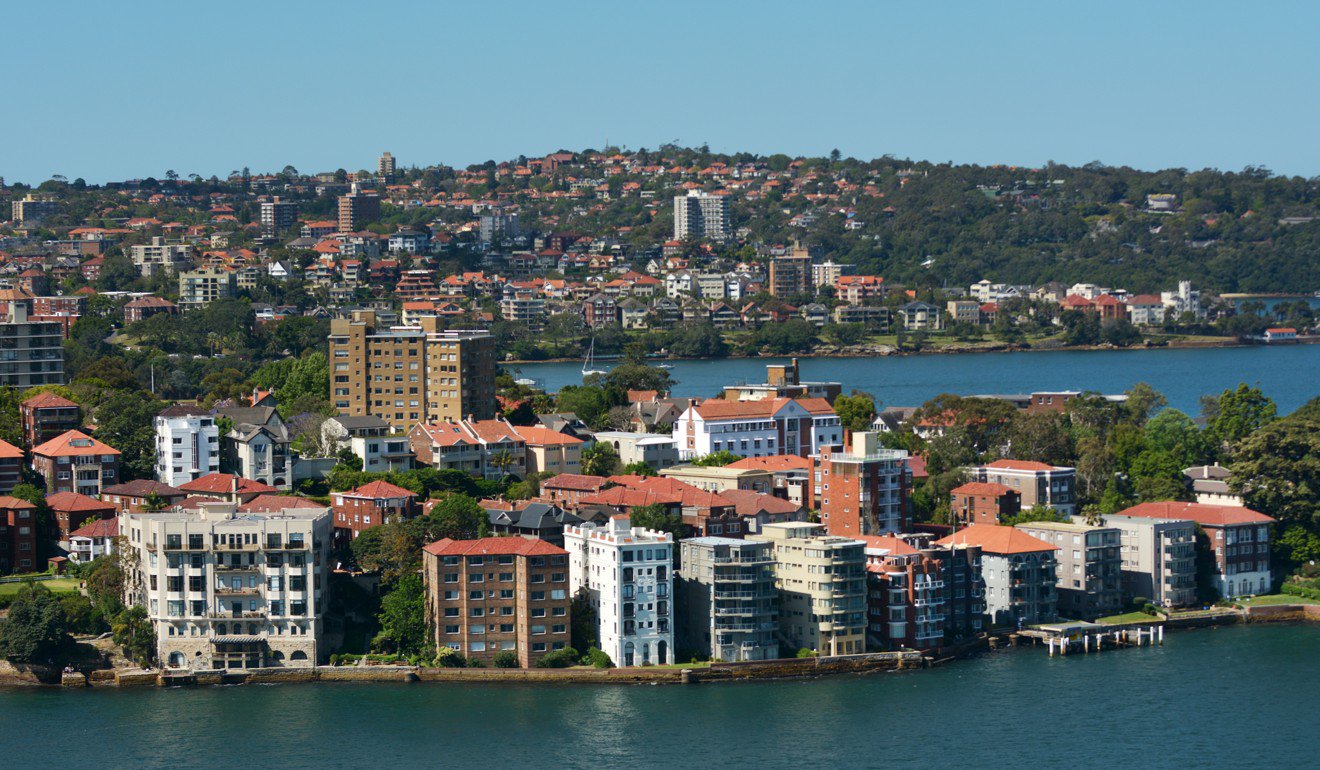 Brokerage platforms such as Juwai and ACProperty market international properties to help developers and agents reach Chinese buyers. Juwai publishes summaries on a range of education, migration and investment issues, aimed at helping Chinese to move themselves – and their capital – abroad.

But along with the business opportunities, China’s new breed of mobile migrant worker has also spawned anxiety in some quarters – an anxiety that often plays out in newspaper articles in which the Chinese community is made the bogeyman for Australia’s housing affordability crisis.

That stereotype of the super-rich Chinese pushing up prices and keeping real estate out of the reach of “locals” is one that dies hard, even if as author Li notes, “The Crazy Rich Asians are a minority. Most Chinese migrants in Australia follow rules and live a diligent and peaceful life.” 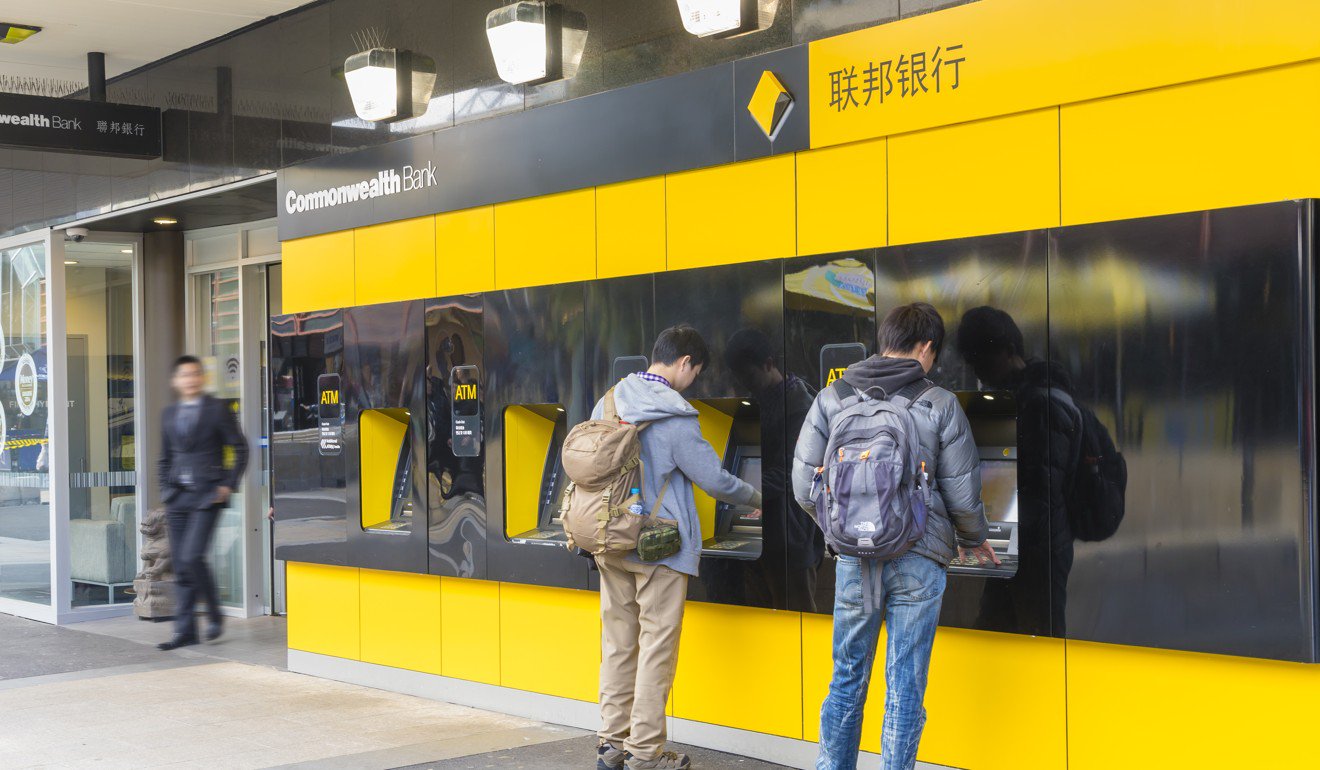 According to Ien Ang, a professor at the University of Western Sydney, Australian anxiety towards Chinese immigrants stems not only from the dramatic increase in numbers but also from China’s rise as a global power.

The sort of sloppy media representation that blames Chinese nationals for the housing crisis spills over to coverage of geopolitics. Reports of Beijing interfering in Canberra’s political affairs and of China overtaking the US as a superpower play into these anxieties.

“Fear has been ramped up on the one hand by media representation but on the other hand also by the real changes happening in the world,” Ang says.

Is Australia really that racist?

One recent study found almost six in 10 Asian Australians had “experienced some measure of discrimination because of their culture, religion or appearance” when renting or buying a house.

It’s something that even Wen, as he compares Canberra’s pure air to the toxic smog of Guangzhou, has cause to reflect on. His first experience of racism was while selling bus tickets to fund his studies.

He had offered to help an elderly white woman, but she ignored him and turned to his white colleague saying she wouldn’t be able to understand Wen’s English. When his colleague explained Wen could speak perfect English, she waved him away with a “no thanks”. “Never in my life had my worth and work been dismissed just based on my race and what I look like,” Wen says.

But if Australia – or at least parts of it – is finding it hard to fully accept the growing number of Chinese migrants like Wen, Yu and Chi, then it is setting itself up for what Ang calls a “Catch-22”.

“Australia might be fearful of a rising China, but on the other hand, Australia also benefits enormously from economic linkages,” the professor says.

“The Chinese economy is hugely important for Australia and Australia is basically dependent on China for its economic prosperity.”

Given the symbiotic nature of this relationship – and the seemingly unstoppable growth of China’s middle class – it may be inevitable that, just as Chinese have learnt to live in Australia, Australians will have to learn to live with China. ■