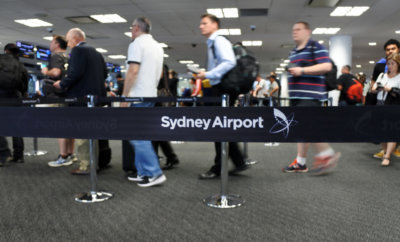 The migrant intake could be 25,000 below the planned figure of 190,000 in Australia due to a decrease in the number of skilled as well as sponsored working visas.

The migrant intake of Australia will be significantly low this financial year, as a result of reduction in the number of skilled as well as sponsored working visas, according to figures disclosed at Australia’s Senate estimates and visa statistics obtained under the freedom of information (FOI) by the Guardian.

“It’s probably down on where we were this time last year,” Christine Dacey, a first assistant secretary for the Department of Home Affairs, told the Senate estimates recently, the publication reported.

Australian Immigration Minister Peter Dutton had said in April that he wanted the immigration cap to be lowered by 20,000 spots.

There is a possibility that around 165,000 migration visas will be granted if the data is extrapolated to the full year till June 30. Till April 30 this year, the Australian government had given 138,086 permanent visas. These were categorized largely into two-thirds skilled, and one-third family, excluding humanitarian visas, which are not included in the migration program figure, as per the report.

In April 2017, the government announced that the Temporary Work (skilled) visa or the 457 visa will be abolished and replaced with the completely new Temporary Skill Shortage (TSS) visa in March 2018. The 457 subclass visa was mostly used by Indians to go to Australia. There are now be two types of TSS: Short-term stream and Medium-term stream.

The most number of visa applications under the skilled independent program in 2016-17 were from India. Out of 42,422 places, Indian migrants claimed 14,484 visas under the skilled independent program. Applicants from India topped the list of nationalities, with 38,854 visas (21.2 per cent) out of total 183,608 visas granted under Australia’s immigration program in 2017. In 2015-16, a total of 40,145 visas were granted to Indians.

Do I Need A Visa To Australia From Singapore?