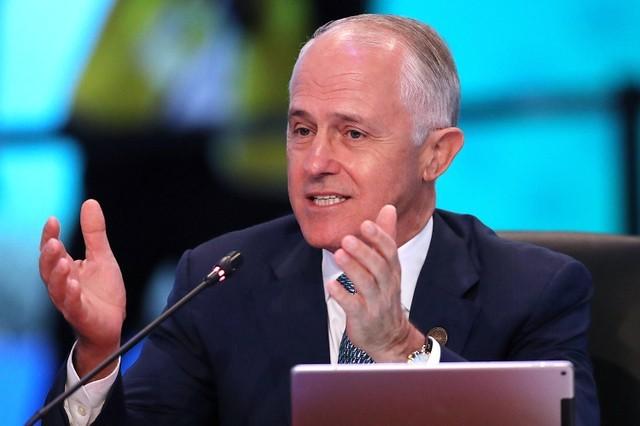 In boost for Australian PM, right-wing party loses power to block his bills

SYDNEY (Reuters) – A defection from Australia’s most prominent right-wing political party, Pauline Hanson’s One Nation, on Thursday robbed it of its ability to block Prime Minister Malcolm Turnbull’s legislation, raising the prospect he can introduce tax cuts.

Brian Burston, who will now sit in the upper house Senate as an independent, resigned from One Nation over infighting, the latest blow to the party that re-emerged as a force in Australian politics in 2016.

Turnbull had often needed the support of One Nation to get legislation passed although the third-largest party in the Senate had recently blocked plans for corporate tax cuts, and threatened to block income tax cuts.

“Turnbull will now not run into a situation where Hanson rejects the government legislation,” said Nick Economou, senior lecturer in politics at Monash University in Melbourne.

Burston has said he would support both tax cuts, although a vote is still likely to be very tight with widespread opposition from left-leaning lawmakers.

Turnbull, speaking after Burston’s resignation, said the government would seek closer ties with independents in parliament.

“Treating people with respect, seeking to persuade them, listen to their point of view, reach a compromise where necessary, that’s all about getting things done,” Turnbull told reporters in Tasmania.

Hanson made an unlikely but successful first run for parliament while managing a fish and chip shop in 1996.

After using her maiden speech to warn the country would be “swamped by Asians”, she co-founded the One Nation party.

It enjoyed early electoral success, before imploding over infighting.

Hanson re-entered the federal parliament in 2016 on a platform of restricting Islamic migrants and foreign acquisitions of Australian assets, after a near two-decade absence.

But her party has now lost two senators to resignations, while a third was forced out of parliament because he was a citizen of Britain at the time of his nomination, which is not allowed.

Turnbull’s government responded to the challenge posed by Hanson with an “Australia first” drive, launched in 2017 and echoing U.S. President Donald Trump’s campaign slogan, tightening immigration and citizenship rules and drawing some voters away from her.

(This story has been refiled to fix spelling in headline)

How to complete imm 5257 for Canadian Visa

What are the advantages of Australian Immigration