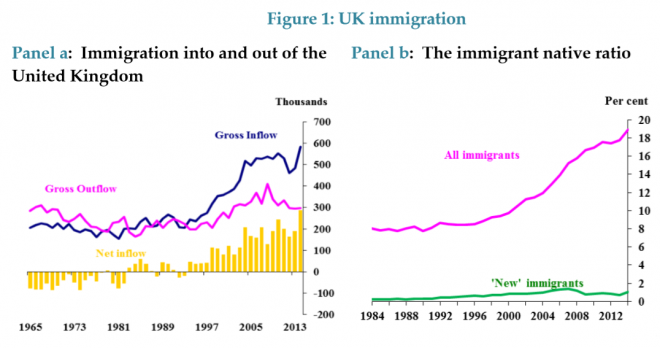 Mass immigration is ungovernable for the labour market

The Fair Work Ombudsman is investigating Trek North director Leigh Alan Jorgensen from Cairns over fresh claims he engaged working holiday visa workers in “trials” or “internships” last month, during which they performed productive work but were paid nothing.

Mr Jorgensen was sentenced to 12 months prison for contempt of court in a landmark Federal Circuit Court ruling in May when he breached freezing orders by transferring company funds into a trust instead of paying fines or compensation for underpayments.

The latest underpayment claims, if proven true, make a mockery of the court’s decision that Mr Jorgensen should spend just 10 days of his 12-month sentence in jail because he was a changed man.

One 25-year-old visa worker, who wished to remain anonymous, said she worked an unpaid 36-hour week at the Cairns store as recently as the final week of June, including split morning and afternoon shifts and during the weekend.

Yes folks, mass immigration is ungovernable for the labour market:

Back in November, Robert Skidelsky, Professor Emeritus of Political Economy at Warwick University, penned an excellent article in Project Syndicate which, among other things, explained why never-ending mass immigration pushes down wages growth:

Standard economic theory tells us that net inward migration, like free trade, benefits the native population only after a lag. The argument here is that if you increase the quantity of labor, its price (wages) falls. This will increase profits. The increase in profits leads to more investment, which will increase demand for labor, thereby reversing the initial fall in wages. Immigration thus enables a larger population to enjoy the same standard of living as the smaller population did before – a clear improvement in total welfare.

A recent study by Cambridge University economist Robert Rowthorn, however, has shown that this argument is full of holes. The so-called temporary effects in terms of displaced native workers and lower wages may last five or ten years, while the beneficial effects assume an absence of recession. And, even with no recession, if there is a continuing inflow of migrants, rather than a one-off increase in the size of the labor force, demand for labor may constantly lag behind growth in supply.

This analysis followed an empirical study by the Bank of England, which found that immigration into the UK had pulled down average wages:

This paper asks whether immigration to Britain has had any impact on average wages. There seems to be a broad consensus among academics that the share of immigrants in the workforce has little or no effect on native wages…

We find that the immigrant to native ratio has a small negative impact on average British wages. This finding is important for monetary policy makers, who are interested in the impact that supply shocks, such as immigration, have on average wages and overall inflation. Our results also reveal that the biggest impact of immigration on wages is within the semi/unskilled services occupational group… where a 10 percentage point rise in the proportion of immigrants is associated with a 2 percent reduction in pay.

…the impact of immigration on wages in semi/unskilled services is much larger than can be accounted for by purely compositional effects, suggesting that the vast majority of this effect refers to the impact on native workers.

The labour market is strangely mixed. Jobs – especially full-time – are around as strong as possibly could be expected at this stage of the cycle. This is supporting housing activity. However, booming population (especially migration) & a spike in participation is a massive ‘positive labour supply shock’, seeing unemployment ~steady for 2 years now. There is still likely more spare capacity in Australia’s labour market compared with other major economies which are at or below NAIRU – and hence we still don’t see a large lift in wages in the near-term. Overall, we still see the RBA on hold in 2018.

It is basic economics that if you flood an already oversupplied labour market with cheap foreign workers then prices will fall. This was explained beautifully by The Australia Institute’s chief economist, Richard Denniss, last year when he noted that the very purpose of foreign worker visas is to “suppress wage growth by allowing employers to recruit from a global pool of labour to compete with Australian workers”.  That is, in a normal functioning labour market, “when demand for workers rises, employers would need to bid against each other for the available scarce talent”. But this mechanism has been bypassed by enabling employers to recruit labour globally. “It is only in recent years that the wage rises that accompany the normal functioning of the labour market have been rebranded as a ‘skills shortage’”.

Do I Need A Visa To Travel To Thailand From Australia?