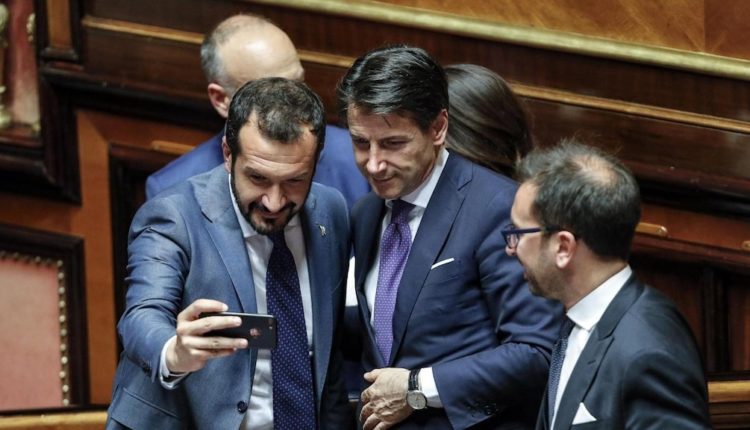 Italy’s new populist coalition has won a confidence vote in the Senate, with lawmakers in the upper chamber approving its cabinet and government program.

Lawmakers supported the confidence vote 171 to 117, with 25 senators abstaining.

The vote was the first test of the coalition between the anti-immigrant League party and the anti-establishment 5-Star Movement after being sworn into power on Friday.

They were sworn into power on Friday following months of political deadlock in the wake of March’s inconclusive elections.

The lower Chamber of Deputies, where the two parties hold an even greater majority than in the Senate, is due to hold a similar vote on Wednesday.

In an address to senators, Prime Minister Giuseppe Conte said a top priority for the government was ending illegal immigration and strengthening ties with Russia.

“We’ll be the advocates of an opening towards Russia,” Conte said, adding the new coalition would advocate for an end to EU sanctions that hurt Russian civil society.

He said the issue of migration would be an early measure of how Italy is able to work with its European partners and went on to reject accusations of growing xenophobia in his country.

“We are not racist and we never will be,” he said.

The Italian government will take a stand for the rights of every migrant “who arrives legally in our country”.

“The political parties that make up the government majority have been accused of being populist and anti-system,” Conte said. “If populism is the attitude of listening to people’s needs, then we lay a claim to it.”

During the vote senators clapped and cheered, sometimes so loud that the chamber president had to intervene.

The populists’ 18-member cabinet is a mixture of party politicians and technocrats, five of whom are women.

League leader Matteo Salvini is interior minister, a position that gives him wide say on migration. On Saturday he told a rally in northern Italy that the “good life is over” for migrants and suggested they “pack their bags.”