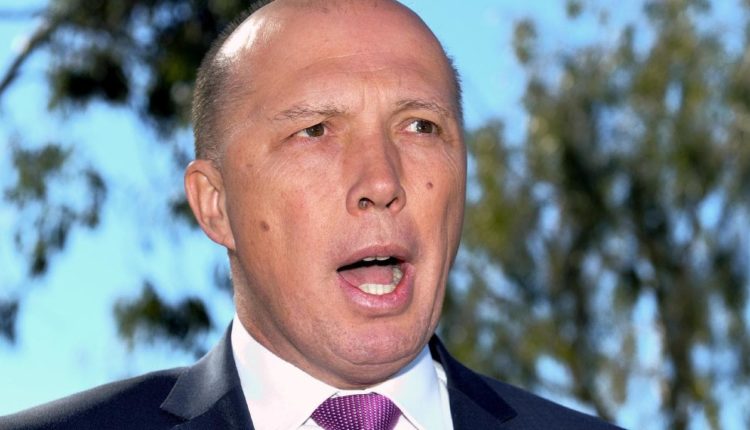 Home Affairs Minister Peter Dutton has said the dramatic cut in the migration intake will be good for the economy despite recent warnings from Treasurer Scott Morrison a cut could swipe billions from the budget.

The Australian revealed last week that the annual permanent migration intake for 2017-18 has fallen by more than 10 per cent or 21,000 people to less than 163,000, marking the lowest level for more than a decade.

In February former Prime Minister Tony Abbott suggested the intake should be cut from the then target of 190,000 to 110,000. At the time Mr Morrison said the move would have a major budgetary impact.

“I can understand why people would be superficially attracted to this idea that if you lower the level of permanent immigration that that will have that impact, but let’s just think it through,” Mr Morrison told 3AW at the time.

“If you take this proposal, this is what it means. You’d have to drop [the intake] by 80,000. The hit to the budget of that would be about $4 billion to $5 billion over the next four years.”

Mr Dutton said he would argue that the cut revealed last week demonstrated that Home Affairs was making sure “more productive people” were coming to Australia which would have a positive economic impact.

.@PeterDutton_MP says people smugglers in Indonesia are waiting for a change of government.

‘They believe they have a better chance of successfully reaching Australia if @AustralianLabor is elected.’

“It’s a positive one because if we’re bringing more productive people in then there’s more economic benefit for our country and there’s also greater societal benefit as well because if people are working if people are coming to our country,” he told Sky News.

“We’re not talking about humanitarian program here. We’re talking about people who are coming here under the skilled program and under the family settlement, predominately the partner visa stream.”

Mr Dutton said the move differentiated his party from Labor.

“At the next election Bill Shorten will be promising to migrate more people to Australian than what this government is prepared to do.”

Mr Dutton confirmed a boat with seven Chinese nationals and three Indonesian crew was intercepted off the North of Australia, and argued the incident should remind Australians people smugglers were still active in the region.

“It had Chinese nations on board it was crewed by Indonesian crew and we were able to intercept it to return that boat and that’s part of the Operation Sovereign Borders approach that we’ve had over the past couple of years,” he said.

“It’s not unusual in that we’ve had Chinese nationals before including across the Torres Strait.”

.@PeterDutton_MP says he would only consider a deal to resettle refugees on Manus Island and Nauru in New Zealand if the visa laws were changed so those people couldn’t come to Australia.

Mr Dutton reiterated he was not keen to take up the New Zealand offer to accept some asylum seekers from Nauru and Manus Island at the moment. But he said if laws which allow for freedom of movement between Australia and New Zealand were changed then he could consider it in the future.

“At some stage in the future when we’re down to a trickle of people … you might consider it,” he said.

Start your own Immigration Business