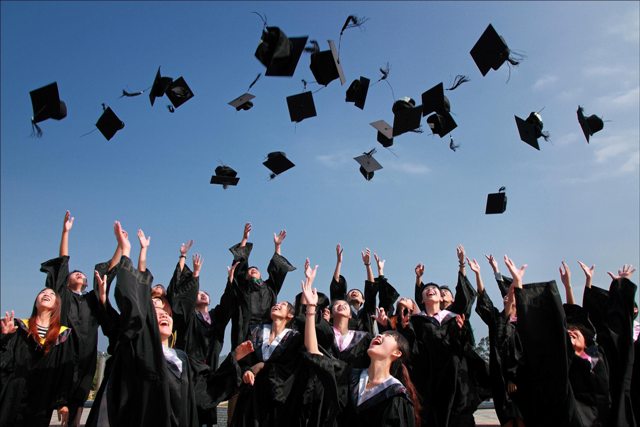 Rise of the 485 Visa | AMVL Migrations

ABC reported on 26 July 2018* that a record number of Students are remaining in Australia on Graduate 485 visas (with work rights) once they have completed their studies. This is not surprising to the writer. Why? Because these visas are an easy option when everything else has become so much harder.

Back in the day, studying in Australia was sold as a potential pathway to permanent residency. There were even special Skilled visas for International graduates!

The 485 Skilled – Graduate visa was introduced back in September 2007, allowing an additional 18 month temporary stay for International Students who had completed a degree, diploma, or trade qualification at an Australian institution, requiring at least 2 years of full-time study.

Between September 2007 and 1 January 2013 when the special Skilled visas were closed off, the 485 visa essentially became a stop-gap between completing the course and being able to lodge a permanent Skilled visa; we saw many cases where applicants just needed more time for a skill assessment outcome or English language test results to be issued, and the visa was then promptly lodged.

A greater impact was felt when the SkillSelect system was applied to all International Students on 1 January 2013, eliminating the opportunity for Students to apply directly for a permanent Skilled Migration visa. SkillSelect works on first lodging an Expression of Interest (EOI), and then waiting for a computer-issued invitation before a visa application can be lodged. Rounds were held twice a month (moving to just once a month from 11 August), and were fraught with anxiety for onshore applicants desperate to lodge their permanent visa before their Student visa expired.

This was when the 485 visa became used as a stop-gap between completing a course and waiting for an invitation to apply for a visa through SkillSelect, or to allow Students to work on gaining additional points on the SkillSelect points test; Australian work experience or a higher level of English being the preferred methods.

The ‘study-apply-PR’ sales model hadn’t come to the screeching halt that Immigration thought it would. Students still saw studying in Australia as a ‘pathway to PR’ and it was still sold as such by education agents and providers alike. Even now, a search in Google will show various articles marketing to International Students on what courses to study, or what occupation lists to consider in order to have the best chance of securing a permanent visa.

Amendments to the 485 visa were then introduced in March 2013 ‘to accommodate new post-study work arrangements arising from the Strategic Review of the Student Visa Program 2011 conducted by Michael Knight AO’+.

These amendments split the newly renamed 485 ‘Graduate Skilled’ visa into two pathways. While Students still needed to have completed a qualification at an Australian institution requiring at least 2 years of full-time study, what they had studied now affected the stream they could apply through and the length of visa they could be granted. Students who had applied for their first Student visa after 5 November 2011 and completed a Bachelor degree or higher in any discipline, could look at a 2-4 year visa through the Post-Study Work Rights stream, however, if they had applied for or held a Student visa prior to this date, or had completed a qualification at diploma or trade level, then they would be looking at 18 month visa through the Graduate Work stream provided they could nominate an occupation on the SOL (now the MLTSSL).

Over time, competition for SkillSelect invitations significantly increased, particularly in occupations that had remained on the occupation lists for years – Accountants, Engineers, and IT occupations being the most nominated – and wait times for invitations increased along with it. This in turn increased reliance on the stop-gap 485 option, giving us the ‘large rise’ in 485 visa holders we see today.

The biggest blow to International Students (and thus the biggest 485 blow-out), was the change to the Employer Sponsored visas in March 2018. Previously used as a back-up for Students who could not apply for PR independently or who were at the end of their 485 visa, an employer-sponsored 457 or a RSMS visa were highly attractive due to the lack of a work experience required by Immigration. However, the replacement of the 457 with the new 482 Temporary Skills Shortage (TSS) visa and changes to the 187 Regional Sponsored Migration Scheme (RSMS) visa effectively cut off this pathway, as it was almost impossible for recent graduates to have the 2 or 3 years of work experience now required.

Now, the 485 may be seen as the ‘last chance’ to remain in Australia, work, and look at other opportunities to stay here permanently. Some Students are hoping for occupation list changes or new visa types, others are looking at State Nomination requirements for the 190 or 489 visas, while some simply take the opportunity to apply in order to gain some Australian work experience or travel after completing their studies.

In the midst of what seems like almost-constant changes and shifting of goal-posts for permanent residency in Australia, it is not difficult to see why Students would turn to a visa option that is not only open exclusively to them, but one that is relatively straight-forward and fixed.