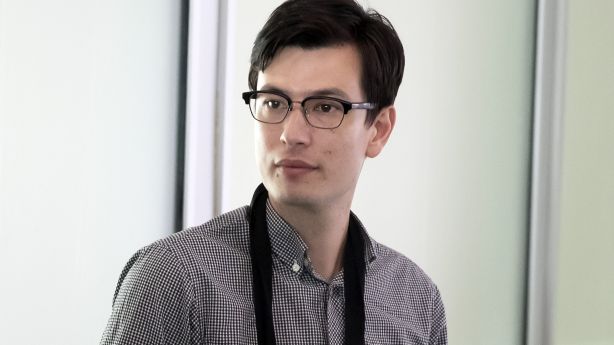 The Latest: Australian held in North Korea arrives in Japan

TOKYO (AP) — The Latest on the release of an Australian student after a week of detention in North Korea (all times local):

An Australian student released from detention in North Korea has arrived in Tokyo.

Alek Sigley left North Korea via Beijing on Thursday and was reuniting with his Japanese wife.

Sigley walked past waiting reporters without making any comment as he made his way toward the immigration counter.

The 29-year-old Pyongyang university student had been out of contact with family and friends in Japan and Australia since Tuesday last week.

Australian Prime Minister Scott Morrison confirmed he had been detained in announcing his release on Thursday.

An Australian student released after a week in detention in North Korea described his condition to reporters in Beijing on Thursday as “very good,” without saying what happened.

Australian Prime Minister Scott Morrison announced to Parliament that Alek Sigley had been released hours earlier following intervention from Swedish diplomats on Wednesday, and had been taken to the Australian Embassy in Beijing.

Sigley looked relaxed and gave a peace sign when he arrived at Beijing’s airport. He did not respond to reporters’ questions about what had happened in Pyongyang.

Later Thursday, Sigley entered the departure area at Beijing airport, apparently on his way to Tokyo to reunite with his Japanese wife.

Swedish diplomats had raised concerns about Sigley with North Korean authorities in Pyongyang, where Australia does not have an embassy.

Copyright © The Associated Press. All rights reserved. This material may not be published, broadcast, rewritten or redistributed.