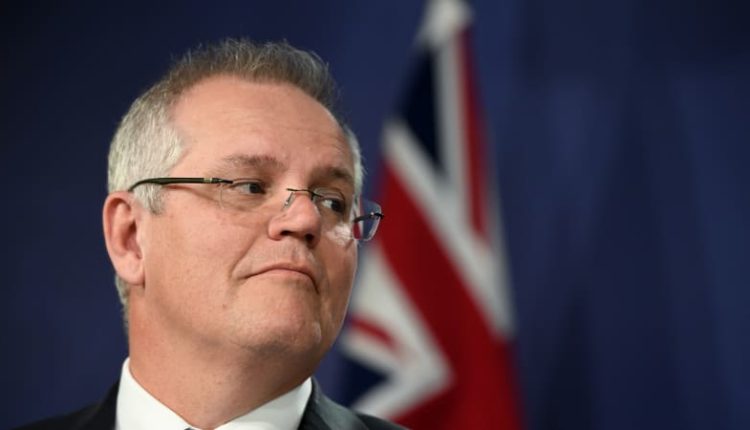 The Treasurer made his remarks as he departed a global economic summit with a more “optimistic” message about Australian economic growth despite open conflict between the US, China and the European Union over trade.

Mr Morrison said economic leaders had taken the “temperature down” on the tensions at a Group of 20 summit in Argentina in recent days, showing the United States and others did not want a return to protectionism.

“My take-out from the G20 is that I left it more optimistic than I arrived, and that’s based on the fact that there’s an acknowledgement of the need to resolve these issues – there is now a sense of urgency that is now present,” he said.

Asked if the conflict over trade would justify a downgrade to global growth forecasts, Mr Morrison said: “No, no they don’t, not at this stage.”

The Treasurer also stood by Australian forecasts for 3 per cent economic growth this financial year, as outlined in the May budget.

“I think the way people have responded at the G20 has been to take the temperature down. I think that’s welcome,” he told Fairfax Media before flying out of Buenos Aires to return home.

The Australian Chamber of Commerce and Industry and other groups have expressed concern about the fall in the permanent intake, warning that politicians were “playing with fire” with remarks that could undermine confidence in migration.

But Mr Morrison said the contraction in the permanent intake in the year to June 30 showed there was lower demand for places and should not trigger business concerns.

“If there were applicants, and they met the requirements, then they would have visas, because the cap wasn’t met,” he said.

“That [number of visa approvals] would only be a problem if the cap had been breached.

“There is quite a bit of distance now, and there has been over the last few years, between the cap and the actual outcome. So the program is not hitting its head on the ceiling, so the demand is within the cap.

“That would suggest to me the program is operating and the policy is working as it should.”

Migration experts told Fairfax Media there was a sharp divide between Treasury and Home Affairs on the policy settings, given the 190,000 cap underpinned forecasts for economic growth.

“I was one of the advocates of the cap and having it as a cap, not as a target,” he said.

Mr Morrison was Immigration Minister from September 2013 to December 2014, when he was appointed to the social services portfolio, before becoming Treasurer after the leadership spill that made Malcolm Turnbull Prime Minister in September 2015.

“When I became the minister it was a target and I was a key proponent of us moving towards the cap, and it was in my budget that we did it,” Mr Morrison said.

“So I’m happy for it to be a cap and for the process to be demand-driven up to that cap.”

Mr Dutton revealed the fall in the annual permanent migration outcome 10 days ago, sparking a debate over population growth and congestion including calls from Liberal senator Dean Smith for a year-long inquiry on population policy.

Fairfax Media revealed on Saturday that the lower intake had been accompanied by a significant growth in the “queue” of applications for visas, suggesting that skilled workers and family stream applicants would have to wait longer for decisions.

In figures that counter Mr Morrison’s assurances, there were 125,829 applications for permanent migration in the family stream last year but only 47,732 approvals.

Abul Rizvi, a former deputy secretary of the Department of Immigration, said the actions on the permanent intake would cut net migration deeply over time.

“This reflects a genuine toughening in policy,” Mr Birrell said.

How much does it cost to apply for a australian student visa?