Australia’s peak Administrative Appeals Tribunal has found “violence and a systemic breakdown of law enforcement” in Papua New Guinea would put a convicted murderer at risk if he was sent back to his country of birth.

Mark Basa is in Sydney’s Villawood Immigration Detention Centre after being paroled in January for murdering Zane McCready in Newcastle in 2005.

Basa was 16 at the time and was given the 22-year maximum jail sentence, one of the longest for a juvenile in Australian history.

After his sentence was reduced on appeal he spent 12 years in jail before being paroled in January this year.

Since then he has been fighting a Department of Immigration and Border Protection (DIBP) decision to deport him — a standard course of action for a person convicted of such a serious crime.

He left PNG as a young boy and said he had limited or no family ties and would risk living in a shanty town if sent back there.

The Administrative Appeals Tribunal has now recommended the Department rethink its decision due to fears he would be killed if he was sent back.

“The Tribunal finds that there are substantial grounds for believing that, as a necessary and foreseeable consequence of the applicant being removed from Australia to a receiving country, there is a real risk that the applicant will suffer significant harm,” it found. 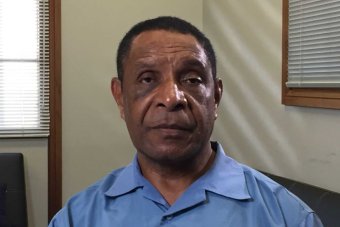 Photo:
Richard Basa, who has a contract out on his own head, has called for his son to stay in Australia pending a judicial review. (ABC News: Colin Kerr)

Hitmen had been hired to kill Basa’s father Richard in PNG, and the tribunal noted his son’s potential vulnerability of being killed by criminals or tribal rivals.

“He fears clan-based fighting because his father received death threats in the past from foreigners and local politicians,” the Tribunal found.

Richard Basa was a middle class bank manager in the capital, Port Moresby, when he had a contract taken out on his head before fleeing PNG nearly 20 years ago.

“Armed thugs were hired to kill his father because of his opposition to forestry operations,” the Tribunal was told.

“There are widespread levels of violence and a systemic breakdown of law enforcement in PNG, and in particular Port Moresby.

“This is evidenced by a substantial body of independent information about the high level of violent crime.”

The tribunal was told media exposure in Australia and PNG had also raised Basa’s profile and put him at greater risk because of his ‘foreign-like status’ after living in Australia.

Basa had one-third of his pancreas removed in jail in 2007 and needs vital medication and regular medical check-ups.

He told the tribunal he doubted he would have access to the medication in PNG, and even if he did would not have the money to buy it.

His specialist, Professor Jas Samra, gave evidence and raised fears about him being sent to PNG.

“He requires three tablets for every main meal and one with every snack,” Dr Samra said.

“If the applicant were unable to obtain this medication his quality of life would be poor and he would likely become malnourished within a year, with the same effect as starvation.

“He would experience a wasting process similar to a person with HIV infection.

“He would also become exposed and more vulnerable to other forms of infection.”

Family of man killed back rethink on deportation

Zane McCready’s mother, Ros Lowe, has repeatedly told the ABC she had backed Basa’s call to stay in Australia.

She also supported a judicial review that Basa and his lawyers had been calling for. 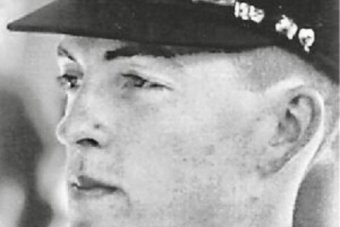 Photo:
Zane McCready was stabbed to death in Newcastle in 2005. (Supplied: McCready family)

“We cannot get to the bottom of it until that review does take place and it cannot happen if Mark is deported,” Ms Lowe said.

“I think if he is sent away and deported, I just feel like that would just be it. It doesn’t feel like justice,” she said.

The DIBP will not comment on individual cases, but stressed anyone facing deportation has a right to appeal.

“The Australian Government takes seriously its responsibility to protect the Australian community from the risk of harm posed by non-citizens who engage in criminal conduct or behaviour of concern,” the Department said.

“It is open to non-citizens whose visas have expired, been cancelled, or refused to seek legal advice on their status resolution options.”

Now that the Administrative Appeals Tribunal has remitted the matter for reconsideration, it means the Department is now required to reconsider its decision in line with the directions made regarding the case.

It was Mr Basa’s 29th birthday on Wednesday when he was alerted to the decision.

Speaking from Villawood, he told the ABC he was “thrilled”.

The Aussie Pensioners Taking Over Thailand (2014)