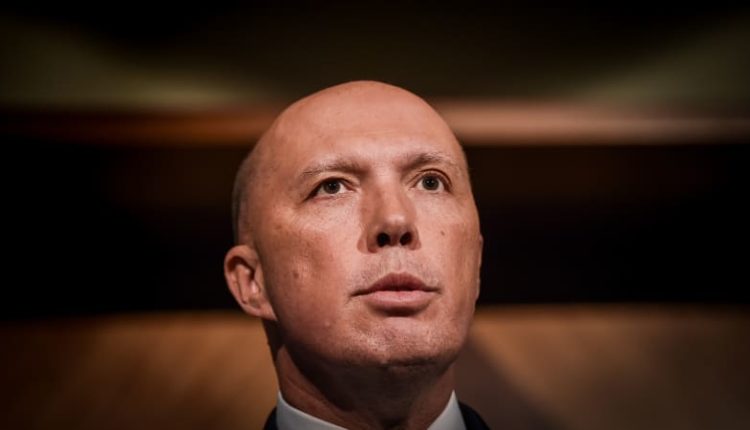 “I want to make sure we scrutinise each application so we’re getting the best possible migrants,” Mr Dutton said last week.

Total refusals increased 46 per cent and total withdrawals increased 17 per cent as a result of the “increased focus on integrity” but the total number of finalisations was similar, the government said.

The numbers reveal the hidden side of the government’s tougher line on permanent residency, with many applicants waiting within Australia on other visas while they seek a decision on permanency.

Both major parties are now hardening their language about foreign workers, with Opposition Leader Bill Shorten accusing the government of doing nothing about 1.6 million people from overseas who have work rights in Australia.

“This government does not want to talk about the growing problem of people coming to Australia with temporary work right visas and they’re doing nothing about that,” he said.

Australian Chamber of Commerce and Industry chief executive James Pearson said businesses and jobs were at risk from the “starving of skills” from visa changes.

“They are stoking the unfounded fears of some in the community who are being told that skilled migrants take jobs off Australians,” Mr Pearson said.

Migration Council chief Carla Wilshire said the cuts to the permanent program could create a backlog and extend waiting times for family and employer sponsorship, creating uncertainty and insecurity.

“Taken together, the recent changes to our migration framework have the potential to create a large pool of migrants who are permanently temporary, unable to move toward citizenship and fully settle in the Australian community,” Ms Wilshire said.

Abul Rizvi, a former deputy secretary of the immigration department and a recipient of the Public Service Medal for work on Australia’s migration program, said the trends were a sign of a “system in trouble”.

“The cut in the program will indeed lead to a bigger queue in the family stream,” Mr Rizvi told Fairfax Media.

“We will see three things arise. More spouse applicants will try to enter on visitor visas and then apply for a spouse visa onshore. More employers will try to bring in people on short-term visas and apply for a work visa onshore. More students, former 457s and [working holiday makers] will be forced to look for other ways to remain or will be forced to leave.”

Mr Rizvi said the number of people in Australia on bridging visas was almost 200,000 already and would rise as a result of the government’s approach.

“This is the sign of a system in trouble as it is indicative of both declining efficiency and declining integrity,” he said.

“Remember, people entering on visitor and other short term visas are subject to limited checks. These then have to be done after arrival. That is poor practice from an integrity perspective.”

Australian voters heard the two major parties engage in a debate over a “big Australia” in 2010 after former prime minister Kevin Rudd revealed a forecast that Australia would reach 35.9 million by 2050.

Mr Rudd was replaced in June 2010 and his successor, Julia Gillard, retreated on the issue within weeks. “Australia should not hurtle down the track towards a big population,” she said in August 2010.

The subsequent population update showed Australia would reach 35.8 million by 2045, suggesting the debate in 2010 had changed nothing.

“Yes, it does look like the Big Australia debate all over again,” said Katharine Betts, an adjunct associate professor at Swinburne University of Technology and a member of the federal Labor government’s “sustainable population” expert panel in 2010.

“Nothing was ever done in response to the 2010 debate,” Dr Betts said.

“The inquiry was held and this assuaged public feeling as it looked like something was being done. But nothing eventually resulted from it.”

“I think it might be different this time,” he said.

Mr Birrell has analysed the government’s changes to skilled worker visas and found this will significantly cut the intake.

Short of a cabinet decision to require a bigger intake, Mr Birrell said, the current approach would substantially reduce migration.

David Crowe is the chief political correspondent for the Sydney Morning Herald and The Age.

457 Visa Changes Explained for Employers – What are they and how do they affect your business? | AMVL Migrations

489 Visa to Migrate at Tasmania, Australia