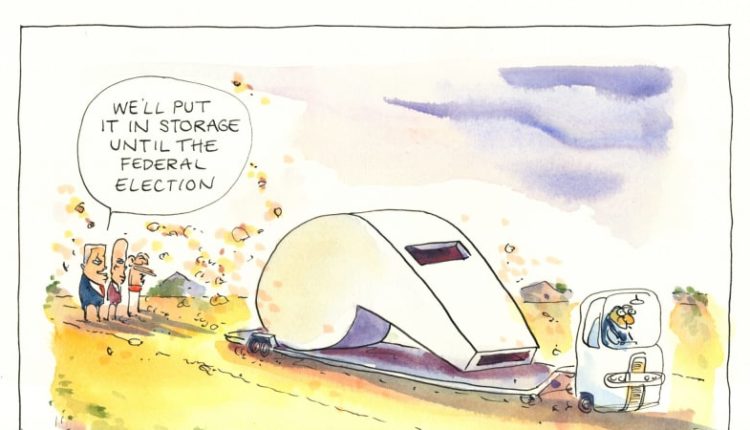 About 15 years ago the Anglican parish of Box Hill welcomed refugees from South Sudan into its midst. The story of acceptance and integration is a beautiful one. It has been a journey with challenges, tears, hard work and rewards. One of its great programs has been “Dream Stitches”, which started as a way of white Australian women and Sudanese women coming together to meet, to get to know each other, to learn; from this has blossomed vibrant friendships and a remarkable cottage industry.

There are many of these “good news” stories scattered all around Melbourne, activities begun by faith communities and other local groups. Malcolm Turnbull and Peter Dutton would do well to visit these community groups and see what can and is happening – mostly without government support – when locals see a need and rise to the task of meeting it.

This racism must be condemned

Former prime minister Tony Abbott by demonising the African community undermines our multicultural society and creates social disharmony. Unless fellow Australians who are decent, fair-minded and committed to liberal values of human rights and basic human dignity condemn this undiluted racism, as a country we are doomed.

Does Dutton represent the majority?

Peter Dutton absented himself from Parliament for the Sorry address, joked on TV when the microphones were on about Pacific Islanders’ homes being inundated, acts in an uncaring way about the plight of refugees on Manus and Nauru and now is doing his best to spread fear of being attacked by Sudanese youth. Does this person represent a majority of Australians?

Concentrate on the real issues

On walks I sometimes come across women walking alone and am at pains to make them feel comfortable and safe. Sadly, I often detect initial caution, even fear. Turnbull and Dutton should focus on male violence towards women, instead of the politically motivated rubbish about African gangs.

Let the truth out

I agree completely with your editorial “Shameful attack on whistleblower” (The Sunday Age, 15/7 ) that the persecution of the whistleblowers who exposed the spying by agents of the Howard Government on Timor-Leste to acquire unfair advantage in the negotiations on energy resources in the Timor Sea is a blot on our democratic credentials. It has the hallmarks of our descent into “Orwellian times” as letter writer Judith Morrison pointed out (Letters, 22/7).

It is said that if an offence should come out of truth it is better that the offence comes out than that the truth be suppressed. Democracy can only be sustained when people can speak the truth without fear of state reprisal.

The ethics of Future Fund investments (“Future Fund splashes out on Rockpool”, The Sunday Age, 22/7) definitely need examination. The fund has millions invested in nuclear weapons companies, profiting from weapons that were banned by United Nations treaty in July last year. In Europe the large superannuation funds are increasingly divesting.

Lovely buck passing: Finance Minister Mathias Cormann says the fund operates independently from the government, a Future Fund spokesman says the issue is for Quadrant Private Equity, and chairman Chris Hadley says they are not operators of the business but are focused on fair working conditions. Quite a bit of verbal contortion going on.

It’s all very well for Facebook to protect us from malign influence in the federal election (“Facebook vows to preserve and protect”, The Sunday Age, 22/7), but who is going to protect the Victorian election from federal government ministers.

Links in the chain

Steve Biddulph’s article on father-daughter relationships (The Sunday Age, 15/7) touches on some very insightful and differing experiences that have the propensity to affect in years to come. If sprinkled with love, discipline and sensitivity, this passes on to a daughter’s ability to have an equitable and successful relationship of her own and to any sons within the family unit. The need to want to care for them as they become fragile naturally comes from the heart.

Ultimately, the father-daughter relationship will imbue a strength and resilience in the daughter when he has passed on despite the sometimes rocky road travelled.

Thanks would be nice

The article “A world unravelling” (The Sunday Age, 22/7) doesn’t remind readers that the US was late entering both world wars. If it wasn’t for Japan’s attack on Pearl Harbour the US may never have entered WWII. It is Australia who aided the US in its wars – Vietnam, the Gulf, Afghanistan, Iraq and now Syria. If I were an Australian politician I’d vehemently remind the Trump administration in their own vernacular that they owe Australia “big time”.

The strategy instigated by ANZ’s legal team in New York against a former ANZ trader’s claim of “racial and sexual harassment” is indicative of everything that is wrong about the legal processes and judicial system that victims are subjected to in an attempt to seek legal redress. The victim’s sexual history becomes the defensive strategy end game (“Questioning on rape was wrong: ANZ boss”, The Sunday Age, 22/7)

By victim blaming the system becomes complicit in undermining the complainant and compounding the victim’s trauma. ANZ CEO Shayne Elliott’s admission of wrongdoing is significant: “It was wrong. We were wrong. Our people and our lawyers were wrong and a serious line was crossed.”

Victims of sexual assault should not be put under the spotlight. The anachronistic legal processes and adversarial contest must be transformed to reflect trauma sensitive practice and intervention, as well as recognising that the old way of adjudicating sexual assault is way past its use-by date.

Since I read Susan Munday’s letter in The Sunday Age (22/7) I haven’t slept well, realising what a lucky escape my wife and I made. Ms Munday points out that Australians account for 71.7per cent of criminal offences. My wife and I live in a retirement community near Torquay. We went with innocent ignorance into Melbourne by train recently. Everywhere we encountered packs of white people strolling shamelessly about, relaxed as you please. Laughing, chatting, in a brazen subterfuge of casual behaviour. The audacity of them. And, yes, we had a meal.

Everywhere we went we were surrounded by white folks, oblivious to the risk. Thankfully, there were some black passengers on the train home, so that may have saved us. But, please, someone tell Peter Dutton before he once again makes a fool of himself: white is the new black.

It has been reported that the US is planning to attack Iran’s nuclear facilities perhaps as soon as next month and that US military facilities on Australian soil, such as Pine Gap, will play a crucial role in the selection of targets. If carried out, this will be an act of reckless aggression in which Australia will be deeply complicit. Iran has expressed willingness to curtail its nuclear program despite the fact that, as a sovereign nation, it is entitled to develop its nuclear industry, one which it has repeatedly stressed is for peaceful purposes only. This shows the reality of our “joined at the hip” alliance with the US that, far from protecting us, exposes us to many dangers, including the possibility of retaliatory missile strikes.

Head out of town

The downturn in Melbourne housing won’t really do much to ease congestion and encourage young people to afford houses until we rethink what is required for work and living. We are completing a house in western Victoria, which once finished will be a small, passive solar house, off the grid, sustainable with a worm farm to treat grey and black waste.

Living 20 minutes from a major regional town allows access to required services. Perhaps incentives to encourage us to move out of the city and into regional Victoria will assist with Melbourne’s congestion and support many of our small towns that are declining.

Maybe Pauline Hanson’s candidates would give her less trouble if they were all cardboard cutouts. For the voters, who would spot the difference?

Caitlin Fitzsimmons (Comment, 26/7) is interesting on the pitch of female voices in mainly psychological and sociological ways, but there are other factors.

First, there is hearing loss, which it seems usually means loss of the ability to hear higher frequencies. Then there is diction and it seems that it is “fashionable” for younger women to speak in a clipped rapid way. Third, accents. Here, rather strangely, I seem to cope better with women’s accented voices than men’s.

Footy: may the farce …

Have we become a nation of ditherers? Even the boss of the AFL is unsure if the rules of Australian football are right or if they aren’t.

Since clubs buying premierships ceased, the power to get one is now in the hands of greedy free agents for whom club colours mean nothing.