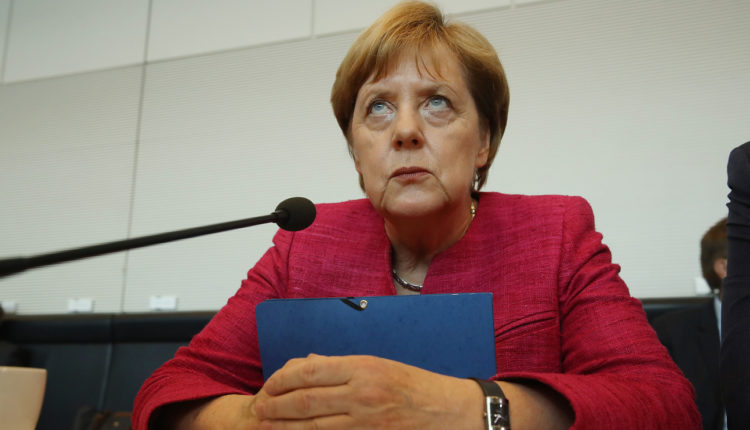 Why Germany’s political clash over immigration matters for markets

Investors were focused on political developments in Germany on Monday, where Chancellor Angela Merkel and interior minister Horst Seehofer were locked in a last-ditch effort to resolve their disagreements of migrant policy and save Germany’s current governing coalition.

Immigration policies have been at the heart of the struggles of this coalition, which was formed after months of strenuous negotiations, comprising Merkel’s Christian Democrats, Seehofer’s Christian Social Union and the Social Democrats. The CDU and CSU are traditional coalition partners, though the CSU is known to be more conservative.

Seehofer has been one of Merkel’s most outspoken critics throughout the formation of the fragile coalition, declaring Merkel too soft in dealing with migrants that Germany has welcomed over the past few years. Even after European Union members reached a migration deal late last week at a two-day summit, Seehofer remained displeased and offered his resignation over the weekend.

If he and the Chancellor can’t get on the same page and Seehofer resigns, the question will be whether the coalition disintegrates entirely, resulting in a fresh German election which could spark fresh worries about markets in the EU’s largest economy. That political flare-up also comes at a sensitive time for Germany, as President Donald Trump has dialed up concerns about trade and tariffs with global partners in the EU, China and other parts of the world, which could devolve into market-disrupting trade war.

“If Merkel’s government were to fall, just as the Trump administration were to increase protectionist policies against the EU, Germany could sink into a recession, dragging the rest of the continent with it,” said Boris Schlossberg, managing director of FX strategy at BK Asset Management, adding “that German politicians may be smart enough to recognize the risk.”

A new election could exacerbate that trend, traders fear.

“[…] Seehofer’s offer to resign his cabinet post and leadership of the CSU is primarily a function of his determination to bring down Merkel, as the last act of a failed political career, and largely only motivated by trying to boost the CSU’s prospects in the upcoming Bavarian state elections,” said Marc Ostwald, global strategist at ADM Investor Services International.

Seehofer’s CSU is only on the ballot in the wealthy, Southern state of Bavaria, while the CDU is electable in the remaining 15 states that comprise the Federal Republic of Germany.

Fresh national elections would likely weigh heavily on European assets, including the euro


which already weakened on the back of the pressure on Monday.

Check out: How trade and interest rates will determine where the dollar ends 2018

Merkel and the former interior minister were set to begin their talks at 5 p.m. Berlin time Monday (11 a.m. Eastern).

How to apply for 820 defacto subclass partner visa to Australia