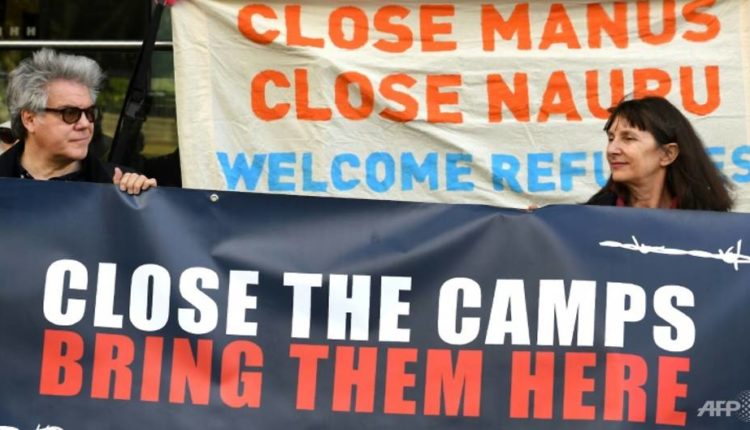 SYDNEY: As populists in the United States and Europe embrace increasingly hardline immigration policies, Australia is touting its own uncompromising stance, a controversial yet effective campaign that has largely stopped boatpeople reaching its shores.

Canberra has courted both praise and outrage in the last five years after its conservative government adopted tough tactics to halt the flood of arrivals.

Faced with boatloads of desperate people from war-torn Afghanistan, Sri Lanka and the Middle East setting sail from Indonesia and arriving almost daily on its northern shores – with some 1,200 drowned at sea – the government opted for zero tolerance.

Vessels filled with asylum-seekers were turned back, strict secrecy blanketed operations on the high seas, and those who made it to Australia were promptly shipped off to remote camps in Nauru and Papua New Guinea.

The policy worked with boat arrivals plummeting – even if it did provoke a visceral division among the Australian public and hurt the country’s reputation internationally.

Rights groups, including the United Nations, castigated the wealthy nation for turning its back on vulnerable people as reports of abuse, suicide and despondency filtered out of the Pacific processing camps.

But in Europe and the United States, a new generation of right-wing populists took note, seeing Australia as a blueprint they might one day follow.

“WORSE THAN I AM”

Shortly after his inauguration, US President Donald Trump shared a notoriously tetchy phone call with his Australian counterpart Malcolm Turnbull.

But on immigration the two leaders found common cause.

“That is a good idea. We should do that too. You are worse than I am,” Trump reportedly told Turnbull on Australia’s pushback against the boats.

“We are like a dumping ground for the rest of the world,” Trump added in a leaked transcript of the conversation published by the Washington Post.

Analysts caution that while Australia’s policy has cut illegal arrivals, it is not easily replicated.

Unlike most countries, Australia is a vast island nation surrounded by treacherous waters and boasts an often inhospitable interior.

“There is a very big difference – Europe and the United States have land borders and it is much harder to prevent people coming,” Stephen Castles, an international migration expert at Sydney University, told AFP.

“No doubt Australia is held up as an example by the United States and some European leaders. But Australia effectively is violating its human rights obligations as a signatory to UN conventions (to resettle refugees),” he added.

“It’s not a model that should necessarily be followed.”

In return for its hardline stance, Australia has had to face down international condemnation.

The United Nations has blasted its “punitive approach” towards migrants who arrive by boat as “eroding their human rights”.

One camp in Papua New Guinea is now closed after being declared unconstitutional by a court in the Pacific nation with some 600 detainees sent to three transition centres.

Currently, there are 255 people still held on Nauru, mostly families including 22 children, according to the most recent data.

But many have been resettled elsewhere – ironically in the US under a deal struck with the former Obama administration – and the issue is now off the front pages.

The Australian government has long argued that its zero tolerance to boatpeople allows it to be more compassionate towards those who arrive seeking asylum through legitimate channels.

Last week Turnbull emphasised that while Australia has secured its borders, it also maintains generous refugee and humanitarian programmes.

“The reason we can do that is because we decide, the Australian government decides, representing the Australian people, who comes to Australia; not people-smugglers,” he said.

But Australia’s generosity is disputed.

The Refugee Council of Australia says Canberra does not do enough and only assisted 0.65 per cent of those who were successfully resettled globally last year.

Other countries like Canada, Norway and Sweden have statistically more generous resettlement and refugee programmes.

Nonetheless, there is little appetite among Australia’s conservatives for change.

Immigration Minister Peter Dutton made clear last weekend there would be no let up, with people-smugglers still active in Indonesia and an estimated 14,000 people waiting there for a boat.

“It’s essential that people realise that the hard-won success of the last few years could be undone overnight by a single act of compassion in bringing 20 people from Manus (in PNG) to Australia,” he warned in an interview with The Australian.

“The boats are there, we are scuttling boats, we are returning people and we are turning around boats where it is safe to do so. The boats haven’t gone away and if there is a success defined by an arrival of a boat in Australia then the word will spread like wildfire.”

All About Condition 8503 – ‘No Further Stay’ – Australian Visa | Migration Advice