Photo:
Faisal Parvez, left, is one of more than 445 refugees resettled in the US. (Supplied: Faisal Parvez)

While a passport seems like a commodity most of us take for granted, Faisal Parvez never had one — or a citizenship.

He was born stateless as a persecuted Rohingya Muslim minority in Myanmar.

“The biggest dream I have in my life is to become a citizen anywhere on the planet,” he told the ABC.

Mr Parvez is one of more than 445 refugees from Manus Island and Nauru who have been resettled in the United States under a deal which was initially brokered between the Obama administration and the Turnbull government.

He arrived in Chicago in April this year after fleeing Rakhine state in Myanmar on a boat and spending five years at the Nauru detention centre.

“When I arrived [in Chicago], I couldn’t believe it, I was crying with happiness. It was one of the biggest moments of my life,” he said.

The United States has agreed to resettle up to 1,200 refugees from Nauru and Manus Island as part of a bilateral Australia-US refugee deal.

After leaving detention, successful refugees have very little choice regarding which town they are sent to in the US.

The US Government paid for the costs of resettlement, including temporary accommodation and a caseworker for three months — flight tickets were also provided as an interest-free loan. 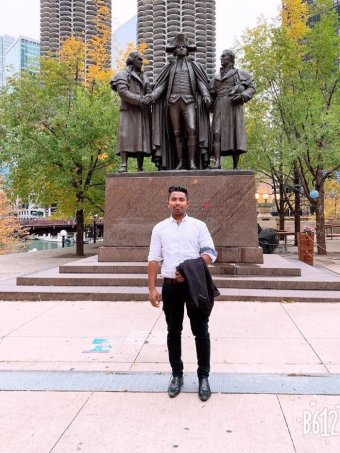 But at the end of that three months, the refugees are on their own.

According to Mr Parvez, his government agency caseworker did not provide much assistance — he found his job by himself and was lucky to be able to live with three other refugees he had previously met in Nauru.

“They showed me around and we understand each other. So the four of us, we are like a family,” he said.

Mr Parvez fled Myanmar in 2011 when he was 17 and told the ABC he fears he “would be killed” based on his religious belief and ethnic background if he returned.

Now working at an Italian restaurant, Mr Parvez is also taking a preparation course at a community college.

“As a refugee, I don’t need money, I just need freedom and independence,” he said.

“I don’t want anyone to bully me or discriminate [against] me, so this is everything I need.”

‘I still get nightmares’ 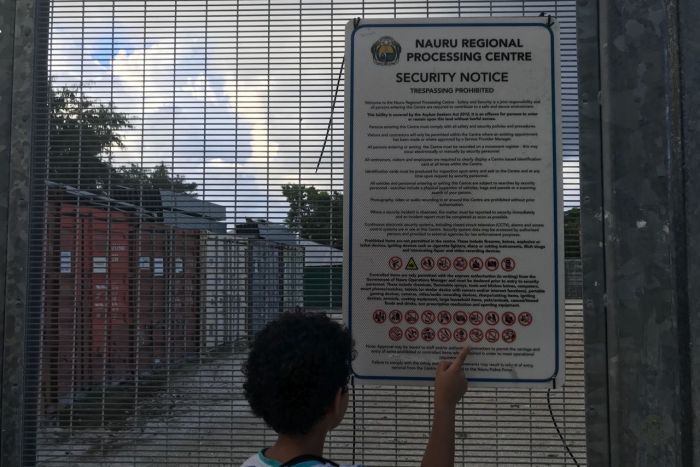 Photo:
Mr Parvez was detained in the Nauru detention centre before being resettled in the US. (Supplied: World Vision)

While Mr Parvez speaks with great pride about his new life, he said the feeling was bittersweet.

He left behind close friends and family members — some of whom are still in Nauru.

“I was very upset I left my friends behind,” he said.

“Those who remain on the islands are still in the same situation, so I hope those people will be out of that hell as soon as possible.”

If you or anyone you know needs help:

Mr Parvez’s voice starts to shake as he speaks of his time in detention in Nauru.

He said the camp was rife with physical and emotional abuse, which created a lasting impact on his physical health.

“I still get nightmares, I still remember … some of my friends, they were hanging themselves,” he said.

However, Mr Parvez said he is slowly trying to put his experience behind him and focus on saving up to reunite with family members who are still in a refugee camp in Bangladesh.

“I have lots of opportunity here, I’m working, I’m earning money and I can help support my parents,” he said.

Mr Parvez hasn’t seen his family of 10 in seven years and dreams of one day bringing them all to the US.

Asked for a comment on Mr Parvez’s experience, a spokesperson from the Department of Home Affairs referred the ABC to the Department’s statement on the healthcare arrangements on Manus Island and Nauru.

‘Life here is very difficult, we don’t know anybody’ 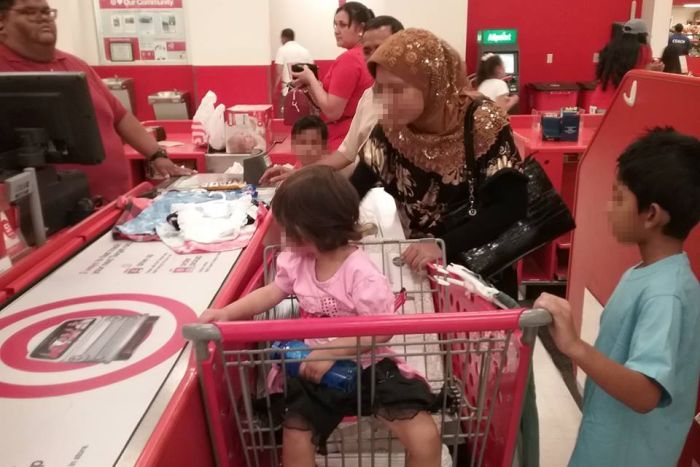 Photo:
A refugee family shops with a voucher provided by Ads Up. (Supplied: Ads Up)

Ben Winsor, co-founder of Ads Up — an Australian-expat-operated support group which offers financial assistance and social support to resettled Manus Island and Nauru refugees in the US — said funding and assistance for arriving refugees is decreasing.

“The support agencies which are meant to help them have had their funding slashed and are closing offices, so making sure we can raise the funds to fill that gap is really important,” he said.

The former journalist and Department of Foreign Affairs and Trade officer said the organisation is expecting the number of people needing urgent assistance to rise as more families are transferred to the US.

The Amin family are among many who have found moving and starting a new life in the US an uphill battle.

The family of six spent four years in Nauru before resettling in Florida eight months ago — they are now mostly relying on food stamps to get by.

The 19-year-old dreams of being able to study and become a pharmacy technician but is currently working two jobs to support her family.

With limited English skills, Ms Amin’s father has struggled to find work, her mother is sick with a heart condition and her three sisters are all at school.

“I want to get into medicine because I want to be able to take care of my mother … but I can’t go to school, I have to work,” she said.

‘I kept thinking only God can save us’ 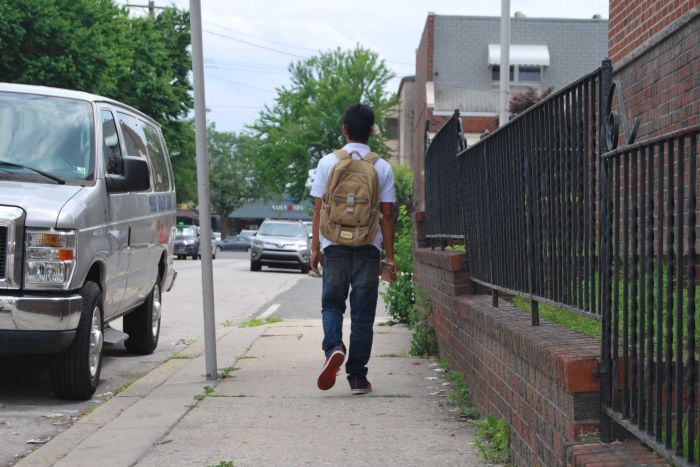 Photo:
The Trump Administration has agreed to resettle up to 1,200 refugees from Manus Island and Nauru. (Supplied: Ads Up)

The Rohingya family fled the military crackdown in Myanmar by boat in 2013, and were jailed in Indonesia before heading towards Australia in a traumatic three-day journey.

“I kept thinking only God can save us … the motor of the boat died and we all thought we were going to die,” Ms Amin said.

When asked where home is now, Ms Amin could not answer.

She said life is tough in the US but Nauru is no better, and Myanmar is no longer an option.

Ms Amin said the family had been happy in Myanmar, but everything suddenly changed.

“We were so scared for our lives … we had a lot of hope to get into Australia,” she said.

Although it may not be all they hoped for, Mr Parvez and the Amin family are among the lucky few to make it to the US — 188 applicants have been rejected.

Iranian refugees have received the highest rejection rate with 91 people denied a resettlement visa to the US — possibly due to US President Donald Trump’s immigration ban targeting Muslim-majority nations.

A leaked transcript of a phone call between former prime minister Malcolm Turnbull and Mr Trump revealed that the US are not obliged to settle “any” of the refugees.

Following a long and controversial shutdown, the Department of Home Affairs reported there were no longer any refugees in the Manus Island offshore detention centre and just 27 remaining in Nauru.

However, these figures do not include asylum seekers on the islands who are not in the centres — some trapped in legal limbo with no rights, no visa, and no hope of a safe return to their home countries.

10 Citizenship You Can Get By Investing The Money

Australia. History of Australia in a Nutshell.