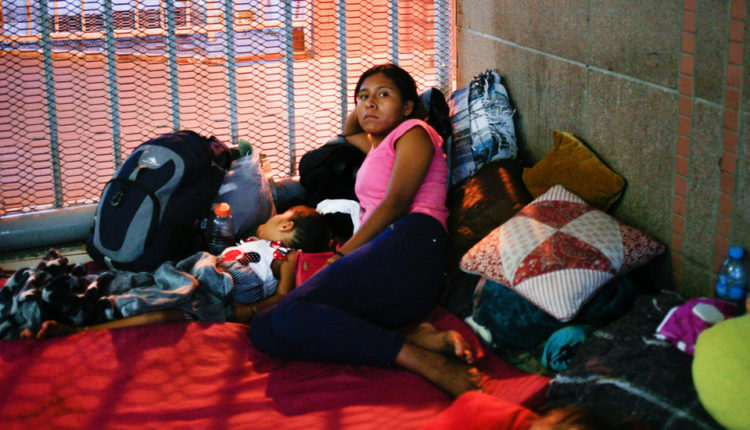 (Want to get this briefing by email? Here’s the sign-up.)

Good morning. Falling stocks in the U.S., a new era in Turkey, and a missing soccer team in Thailand. Here’s what you need to know:

Tech shares joined industrials in a sharp fall when American markets opened for the week, amid growing fears of a global race to erect trade barriers.

And turmoil is beginning to ripple through the U.S. economy. The bond market’s “yield curve” is close to forecasting recession.

Harley-Davidson said it plans to move some motorcycle production overseas to avoid tariffs imposed by the European Union in response to President Trump’s trade policies. When Mr. Trump hosted Harley-Davidson executives at the White House in 2017, above, he called the company a “true American icon.”

Our economics reporter went to Wisconsin, where dairy farmers and cheesemakers are growing anxious. “If export markets get shut off,” one said, “I could see us getting to the point where we’re dumping our milk in the fields.”

• President Trump’s policy on the U.S. border has whipsawed in recent weeks, and border security officers have suspended handing migrant adults traveling with children over to prosecutors until federal agencies agree on how to prosecute without family separations.

And a trip to the border itself, above, shows that the flow of migrant families seeking to request asylum in the U.S. has not stopped.

• What next for Turkey?

With his re-election and officially expanded powers, President Recep Tayyip Erdogan has taken his place among the world’s emerging class of strongman rulers.

Now he must confront an economy weakened by the flight of international investment and domestic capital, an increasingly disgruntled populace and deteriorating relations with Western allies.

His victory could have grave consequences for NATO cooperation, security in Iraq and Syria, and immigration flows in Europe.

Dozens of people were killed in a chemical attack in Douma, Syria, in April — but to this day, Syrian officials claim it’s all a farce. The Times set out to investigate what happened.

We analyzed more than 60 videos, as well as images broadcast by Russian TV. We also interviewed dozens of witnesses and experts to reconstruct a virtual crime scene, a single building that was hit by a chlorine bomb.

The evidence exposes Syrian and Russian lies. Our conclusion: President Bashar al-Assad used a chlorine bomb to attack his own people. Watch our video investigation here.

• China has helped finance at least 35 ports around the world in the past decade. One of them offers a vivid example of the country’s ambitious use of loans and aid to gain influence around the world.

That is the Hambantota Port in Sri Lanka, above. We look at exactly how the island nation was enmeshed in a web of Chinese debt that ended up forcing it to hand over the port, and 15,000 acres of land around it, to China for 99 years.

• Uber’s appeal of a ban in London, its largest European market, is a major test of changes by the ride-hailing company since the departure of Travis Kalanick.

• The world’s speediest supercomputer belongs to the U.S. But a new list of the swiftest machines shows how much faster China is building them.

• Thailand’s missing soccer team. Rescue workers were searching a cave network in northern Thailand in the hopes of finding 12 boys and their soccer coach, missing since Saturday. The drama has dominated the nation’s news and social media. [The New York Times]

• Javier Solana, an ex-NATO chief who played a major role in nuclear negotiations with Iran, was denied expedited permission to enter the U.S. because of a 2013 visit there. [The New York Times]

• Fighting in Yemen: Houthi rebels fired missiles at the Saudi capital, escalating tensions before a U.N. envoy travels to Yemen this week to try to avert a direct attack on the country’s main port. [Reuters]

• In Cambodia, five people were arrested on human trafficking charges after the police found 33 pregnant women during a raid on an illegal surrogacy operation. [The New York Times]

• In China, a 27-year-old Australian who died of complications related to diabetes has been called an “angel” for organ donations that helped five people. Phillip Hancock became just the seventh foreign organ donor in China’s history. [BBC]

• From the World Cup: Australia is out if it loses to Peru or draws. Japan advances with a win or draw against Poland. Here’s what it will take for each team to reach the knockout round. [The New York Times]

Tips, both new and old, for a more fulfilling life.

• Japan’s Hayabusa2 space probe is about to reach the Ryugu Asteroid, to study its stores of carbon molecules for clues to the origins of the solar system.

• And into the wild with Kanye West. Our music critic spent a few days in Wyoming with the rapper, producer, fashion designer and cultural fire starter, as he tended to his personal scars. “An artist should be irresponsible in a way — a 3-year-old,” Mr. West said.

On this day in 1974, the first item marked with a Universal Product Code was scanned at a supermarket in Troy, Ohio.

The rectangular bar code was the result of many decades of invention and collaboration, but it was based on the original, circular design of N. Joseph Woodland, above. He came up with the idea while sitting on the beach.

As a graduate student at Drexel Institute of Technology, Mr. Woodland heard from a classmate about a supermarket executive in search of a solution to long checkout lines. Intrigued, they set to work trying to solve the problem. Mr. Woodland eventually moved to his grandparents’ house in Miami Beach to devote himself full time to the endeavor.

There, in a burst of insight, he drew four lines in the sand with his fingers, envisioning a kind of graphical Morse Code.

It was a flash of inspiration that Mr. Woodland said “sounds like a fairy tale.”

Though the original patent was sold for a paltry $15,000, Mr. Woodland was awarded the National Medal of Technology and Innovation in 1992 by President George Bush, in recognition of his contribution.

Your Morning Briefing is published weekday mornings and updated online. Sign up here to get it by email in the Australian, Asian, European or American morning. You can also receive an Evening Briefing on U.S. weeknights.

And our Australia bureau chief offers a weekly letter adding analysis and conversations with readers.