A conservative anti-immigration activist has had her working visa approved by the Australian government ahead of a planned speaking tour across Australia.

Lauren Southern attempted to enter the country on another type of visiting visa and was previously denied by immigration officials.

She is scheduled to speak in Melbourne, Sydney, Perth, Adelaide, Brisbane and Auckland later this month in events hosted by Axiomatic Media.

In a statement, Axiomatic Media founder Luke Izaak said Ms Southern’s application for a working visa was approved this morning.

“This has followed an unusually prolonged application process,” he said in a statement.

“Suggestions that [she] did not apply for the correct is categorically false and has been emphatically silenced by this morning’s final approval of the 408 visas.” 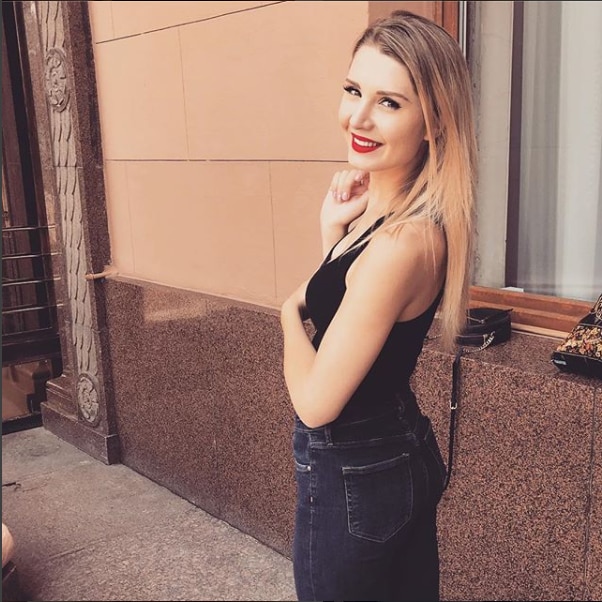 The 23-year old Canadian has declared “Australia is at a crossroads” to retain its borders and in danger of becoming another victim of multiculturalism.

She had previously applied for an Australia Electronic Travel Authority (ETA) to enter Australia.

The Home Affairs website states an ETA is “not a working visa,” but allows for short-term business or travel stays for events like conferences.

A spokesperson for the Department of Home Affairs said Ms Southern’s application was denied because she was ineligible for the ETA.

“For visitors who may hold controversial views, any risk they may pose will be balanced against Australia’s well-established freedom of speech and freedom of beliefs, amongst other relevant considerations,” the spokesperson said.

Sky News Host Ross Cameron tweeted that Australia had declined a visa for Ms Southern, sharing a photo of an email sent to her from visa website VisaBureau.com.

The planned speaking tour alongside commentator Stefan Molyneux was publicised through a video on event host Axiomatic Media’s website.

In the video, Ms Southern warns Australians their way of life is under threat.

“Will the no-go zones keep growing, and will you become another victim of multiculturalism?” 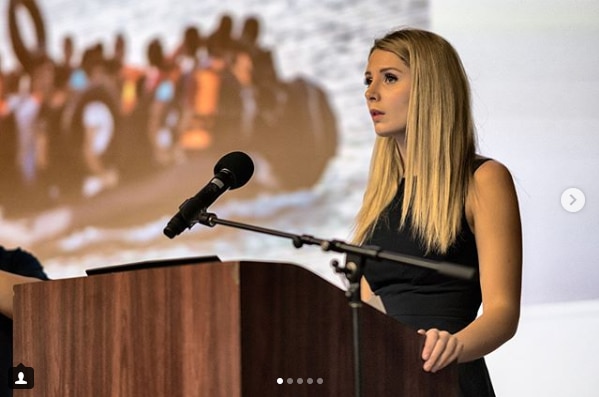 Ms Southern’s speaking to was to include a screening of her documentary ‘Farmlands’ which looks into South African farmer killings.

Axiomatic Media describes Ms Southern as a journalist, political activist and documentary filmmaker known for her commentary on feminism, free speech and immigration.

While fellow speaker Mr Molyneux is described as a commentator who rejects left and right political clichés.

Last week Auckland Mayor Phil Goff banned the pair from speaking at council venues ahead of their stopover in New Zealand.

The mayor declared the venues shouldn’t be used to ‘stir up ethnic or religious tensions.’

[email protected] venues shouldn’t be used to stir up ethnic or religious tensions. Views that divide rather than unite are repugnant and I have made my views on this very clear. Lauren Southern and Stefan Molyneux will not be speaking at any Council venues.

Ms Southern also revealed she was “officially banned from the UK for ‘racism’,” in a tweet earlier this year.

She was banned from entering the UK after distributing flyers reading “Allah is a Gay God” and “Allah is trans” outside a restaurant in the English town of Luton.

They just locked me out and said “au revoir”… Officially banned from UK for “racism”.. doing fine though, all the cool people are being banned anyway 😉

Need to gather my thoughts and call family. Interrogation story is pretty crazy though. Will tell it soon. pic.twitter.com/mARtkyZKFm

Ms Southern claimed the stunt was a social experiment to prove Islam was a homophobic religion by inciting a reaction.

Last year she was detained by the Italian coast guard for what she claimed were “investigating activities” of search-and-rescue boats assisting shipwrecked migrants in the Mediterranean Sea.

The government desperately don’t want a rag tag team of 20yr olds investigating activities in the Med. What are they afraid of?

Ms Southern’s speaking tour plans to include a screening of her documentary Farmlands which looks into South African farmer killings.

Australia’s Immigration Minister Peter Dutton has previously called for humanitarian visas to save South African farmers from violent attacks and what he described as “horrific circumstances”.

The former Breitbart editor’s talks drew protests from left and right supporters and a heavy police presence was required at his event in Melbourne.

The Economist: Has migration gone too far?

The working holiday visa – get a taste of Australia | AMVL Migrations